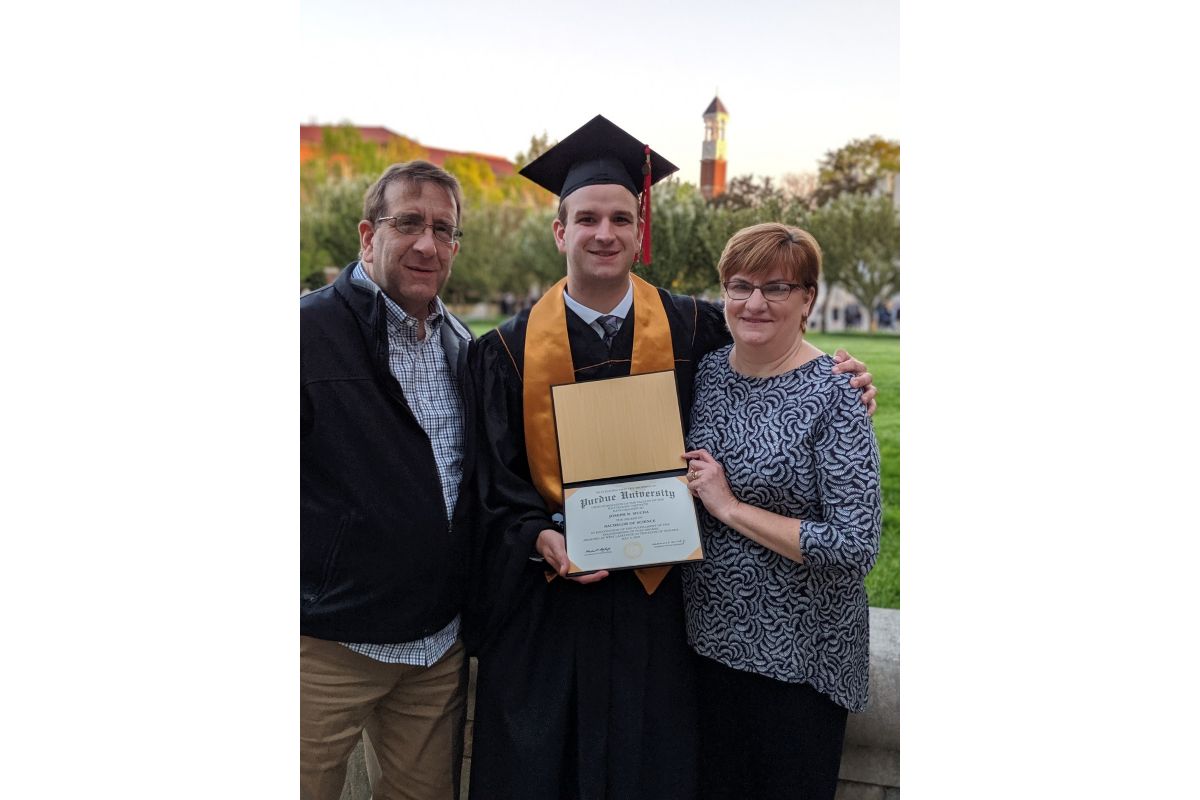 Joey Mucha graduated from St. Mary Catholic Community School in 2011 and Andrean High School in 2015. He received his Bachelor of Science Degree in Cybersecurity from Purdue University - West Lafayette this past May. Mucha has a strong desire to help others and believes that his challenging Catholic education and faith formation helped him secure his new Cybersecurity job in the Space Division of Lockheed Martin Corporation. Joey will soon be working on classified projects involving space exploration for Lockheed Martin. He will begin on July 22 and plans to live in a suburb of Philadelphia.

Joey said his years at Andrean High School were a great experience that continued his strong Catholic education which started at St. Mary Catholic Community School. The close knit feeling and challenging academics offered by both schools were instrumental in helping him develop his perspective on life, that of serving others. Joey learned the importance of “learning to be grateful for what you have” from 5 mission trips to Guatemala. Joey is returning to Guatemala for the sixth time this June and is looking forward to re-visiting the area and renewing the connections that he made during his past trips. 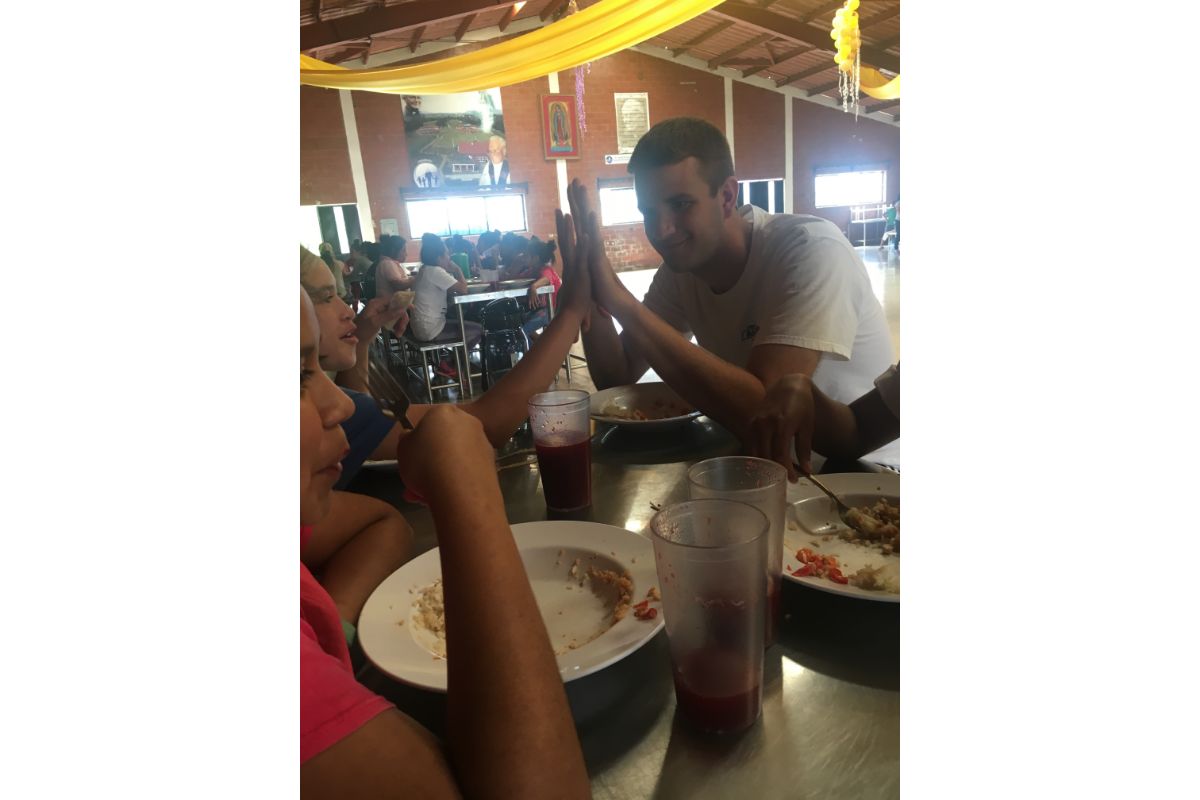 While at Purdue, Joey was the manager of the Purdue basketball team. He began this highly competitive role as a freshman, volunteering his time and working long hours every day. His dedication paid off when he received a paid position for his remaining three years at Purdue. The culmination of his stint as the manager was being chosen as Co-Head Manager for the Boilermakers. In this position, Joey was in charge of distributing the tasks to be carried out to the other team managers. Joey had several highlights during the management of the basketball team which include a trip with the team to Charleston and assisting Purdue when they achieved the Elite Eight for the NCAA tournament. 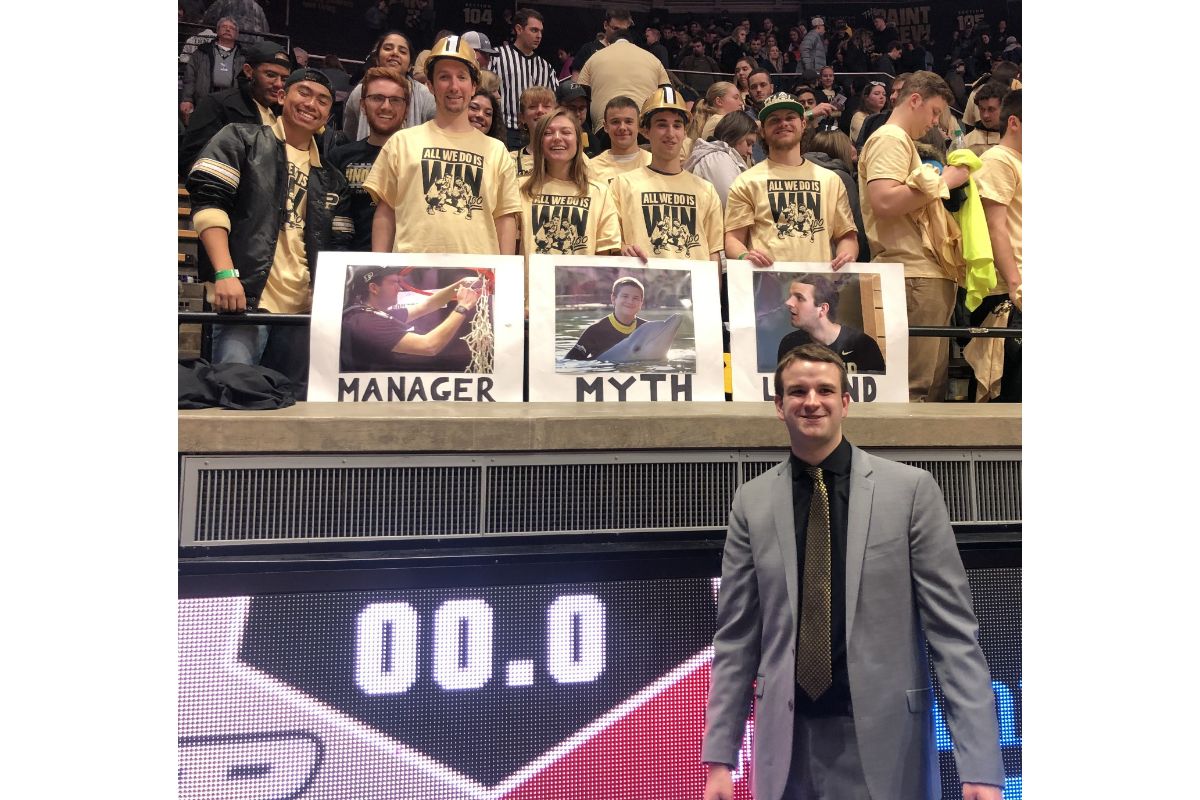 Academically, Joey majored in Cybersecurity, a newer major offered by Purdue which is a branch of Information Technology. Joey selected Cybersecurity because he believed that he could find a good job in a good industry and still have the opportunity to help other people. Last summer and throughout the school year, Joey had an internship with the FBI serving on the Cyber National Security Squad which he found to be a “very challenging, eye-opening opportunity.”

Joey, who believes that “there is always something you can do to help out, or to make someone else’s life easier” credits Father Pat Kalich with being one of the most influential people in his life. He stated that Father Pat always stressed helping others as the most important role in life, something Joey plans to follow.