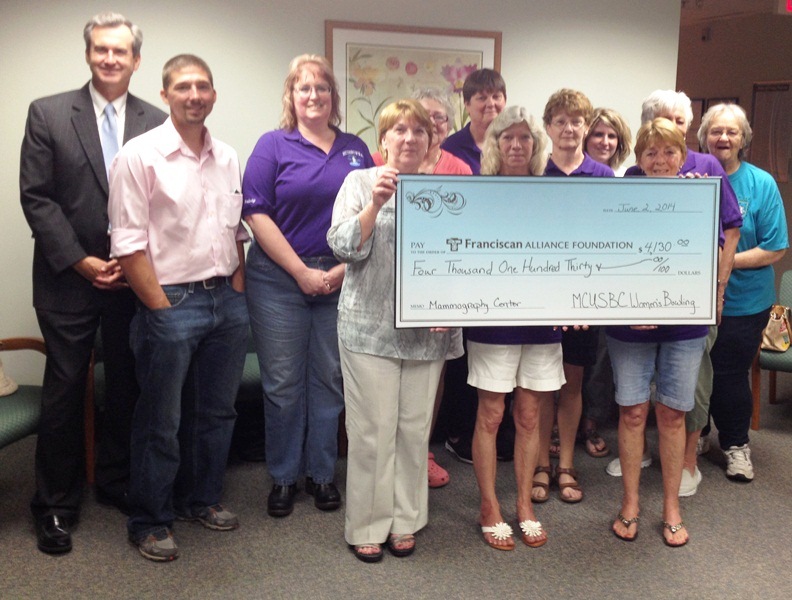 A team from Franciscan St. Anthony Health-Michigan City was victorious over another from IU Health LaPorte Hospital at the Michigan City Women’s Bowling Association’s 13th Annual Bowl For The Cure charity event at Lakeshore Lanes in February. The effort raised $4,130 for the Franciscan St. Anthony Health Center for Breast Health, which has been the recipient of a portion of the proceeds from “The Bowl For The Cure” since 2008 and uses the funds to provide mammograms for underprivileged area women.

Association members and volunteers for the Bowl for Cure were on hand when the hospital was presented a check recently for the amount raised this year. Shown (from left, front row), are Rose Bould, Chrissy Sydow and Marilyn Schnick, treasurer and chairwoman of the Bowl For The Cure. In the back row (from left) are Dr. James Callaghan, hospital president; and Al Schnick, Christy Stoll, association president; Lynn Klemz, association manager; Sue Parks, Jacki Henry, Heather Schnick, Cris Wilson, association vice president; and Yvonne Baron.