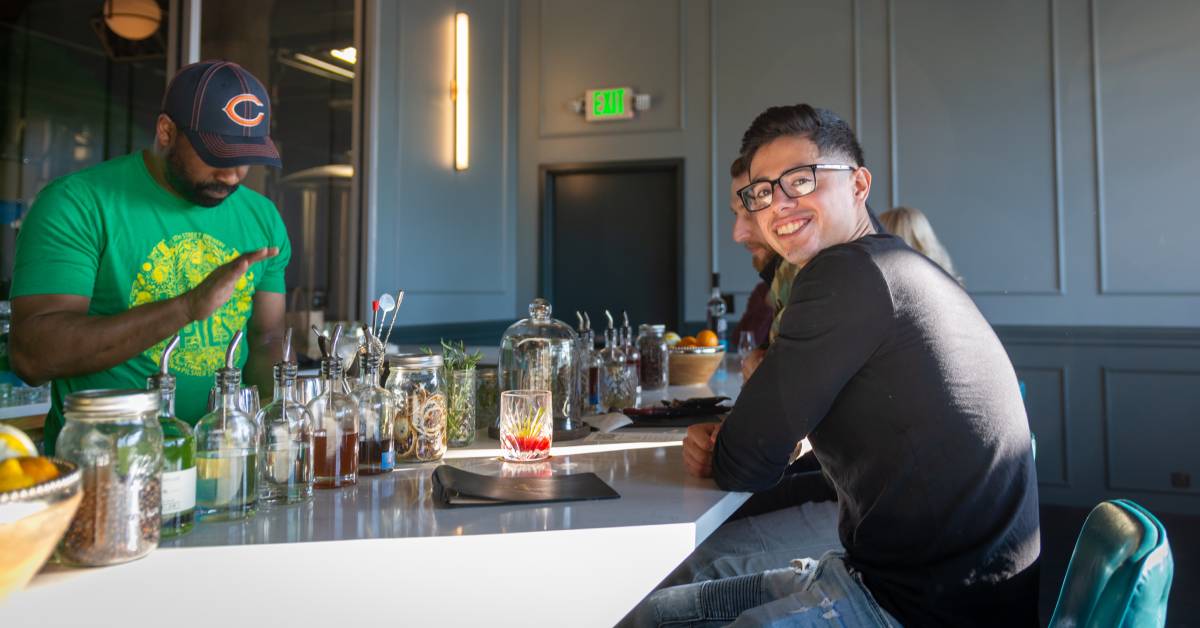 Each month, we travel to a different city around the region to sample some of the local flavor (and snap a few choice photos while we’re there). We’ve seen some of the very best that Hobart, Crown Point, and Michigan City has to offer. This month, it’s time to turn our attention a little bit farther west toward Hammond, Indiana.

Settled in the mid-19th century, Hammond is one of the oldest cities in northwest Indiana and has the largest population in Lake County, with more than 80,000 residents. One of the major transportation hubs in the area, Hammond is crossed by a network of expressways and rail lines, which makes it a prime location for industry, manufacturing, and development. But there’s so much more to Hammond than just that, and we’re here to feature some of the reasons why you might want to make a trip there yourself.

Hammond is currently on the cusp of undergoing a dramatic transformation. Under the leadership of Mayor Thomas M. McDermott Jr., and with the direction of world-renowned planning company, Jeff Speck and Associates, the city is poised to become a destination for people to live, work, and play, and the results are already pouring in: Hammond IS Happening!

One of the first and most dramatic fixtures to the area is Wolf Lake Park and the stunning Pavilion at Wolf Lake Memorial Park or, as locals prefer to call it, “The PAV.” Owned and operated by the Hammond Port Authority, “The PAV” and its tower design were inspired by the 1895 Frank Lloyd Wright amusement resort concept for Wolf Lake. With a huge main stage and expansive grass and concrete seating area, the PAV plays host to numerous concerts and special events throughout the year and serves as an entertainment anchor to the region. One of the most notable events is the annual Festival of the Lakes, which sees first-class artists such as Bad Company, The Roots, Nelly, and more, take to the stage to entertain.

Next to the PAV, visitors will find Wolf Lake Park and its 6.2 miles of paved trails surrounding the lake. It’s the perfect place to go fishing, launch a boat for a cruise, or just take a walk and enjoy the fresh air. It’s also a great place to sit and enjoy a quiet sunset or have a summertime picnic.

But don’t just stop there. Be sure to visit Hammond’s renewed and growing downtown area for its variety of restaurants such as EAT, which hosts a variety of arts and special events, or enjoy a live performance at Paul Henry’s Art Gallery. Fans of performing arts should also be sure to stop in and enjoy a play at the nearby Towle Theater.

If you’re shopping for local flavor, you would be hard-pressed to do better than a stop at the wonderfully eclectic It’s Just Serendipity, voted one of the best antique stores in The Times Best of the Region for 9 years in a row. Owner Karen Maravilla does an amazing job keeping the shop fresh and unique, and even decorates the shop for the holidays, so there’s always something new and exciting there to see!

If enjoying all the arts and shopping has you feeling a bit thirsty, why not head on over to Hammond’s 18th Street Brewery? Named as the #1 Best Brewpub by USAToday’s Readers’ Choice Awards 2019, 18th Street Brewery is one of the largest breweries in northwest Indiana. Their 32,000 square foot location houses production, packaging, barrel program, a taproom, and even features a full-service kitchen. It’s the perfect place to stop in for a bite and a brew (and be sure to grab a selfie in the uniquely-decorated interior while you’re there).

Hammond also hosts an extensive system of bike trails, which serve as terrific ways to get away from it all and get a little exercise while you’re at it. The trails connect Hammond to other nearby communities and provide riders with opportunities for some unique perspectives and incredible views along the way.

Last, but by no means least, is the recently-opened Hammond Sportsplex and Community Center. Located at the corner of 165th Street and Indianapolis Boulevard, on the site of the former Woodmar Mall, the Hammond Sportsplex is an $18 million, 135,000 square-foot facility that features soccer, basketball, volleyball, and pickleball tournaments, and leagues, with players traveling from across the country to play. The Sportsplex has proven to be a huge draw for the city and is a terrific place to check out!

We’ve only scratched the surface of what Hammond has to offer. What are some of YOUR favorite places to go and things to see in Hammond? Let us know in the comments!