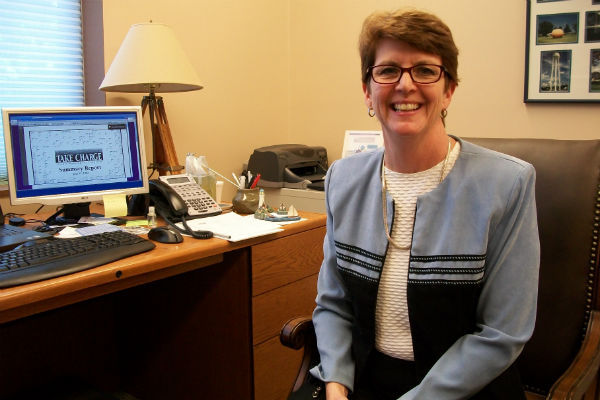 Some people are amazing. Some become legends. Last week, South Shore Legends announced they are accepting nominations for people from NW Indiana who “have changed the world.” Since 2004, legends have been selected and featured at the Indiana Welcome Center. The inspiring exhibit is a thrill to visit. Nominations are due September 6th.

La Porte County has several Legends on the wall. Many are names you won’t know, but their works influence our lives today. People in Michigan City will recognize the name Captain William C. Eddy (1902-1989.) He was a prolific innovator and developed a process to train 186,000 radar technicians during WWII, helping us win. He was a TV pioneer and the first to televise Cubs and Notre Dame games. He paved the way for ABC Channel 7, started Jack Brickhouse’s career, responsible for Kukla, Fran and Ollie show and more.

In 2011, South Shore Legends added a category for Medal of Honor recipients. Michigan City’s own Daniel D. Bruce, Marine Pvt 1st Class, (1950-1969) is included. While on night duty in Vietnam, he heard enemy movement near the perimeter of Fire Support Base Tomahawk. The noise was an enemy explosive. He caught the grenade, warned his comrades and tried to carry it from the vicinity, holding it against his body to save the lives of many others.

Westville’s Medal of Honor recipients reach back to the Civil War. John M. Whitehead (1823-1909) was a Union Army Chaplain. He was cited for meritorious service at Stones River, Tenn. In 1862. He ignored enemy fire during the battle of Stones River, Tenn., to carry wounded soldiers from the field.

Union Army 2nd Lt, Thomas N. Graham (1837-1911) was cited for meritorious service in 1863. While rallying troops at the battle of Missionary Ridge, Tenn., he picked up the colors from a fallen comrade and planted the flag on the Confederate breastworks. In so doing, he exposed himself to enemy guns to turn the tide of the battle.

La Portean Edward A. Rumely (1882-1964) was inducted for his leadership in industry and education. He led the Rumely Company to become an agricultural equipment manufacturer of global significance. Rumely turned to publishing, beginning his life’s work: educating the public on monetary reform, farm credits in agriculture, and the value of the Constitution. In ill health, Dr. Rumely returned to La Porte in 1959 and focused on disseminating information on cancer, such as urging use of the Pap Test and opposing cigarette smoking.

William M Scholl (1852- 1968) was the foot care innovator. Born in La Porte, he believed if your feet hurt, then the rest of your body hurts. He invented more than 1,000 foot aids. He cared about improvement of the world and in 1912, founded what is now the Dr. William M. Scholl College of Podiatric Medicine and later the Dr. Scholl Foundation, which supports organizations committed to improving our world.

Neil P. Ruzic (1931-2004) was a visionary, connector and pioneer in not just one, but four different arenas. He published 250 articles, wrote 12 books and was a publishing innovator. He made the case to Congress in 1965 for going to the moon and authored the transfer technology reports for NASA. He had unshakeable faith in finding more humane and effective ways to fight cancer…which is making our lives better today.

If you know anyone who is ‘changing the world,’ contact John Davies at jdavies8@ivytech.edu for a nomination form. Nominations are due 9/6/16 by 5:00. To see all the Legends, visit http://www.southshorecva.com/legends/