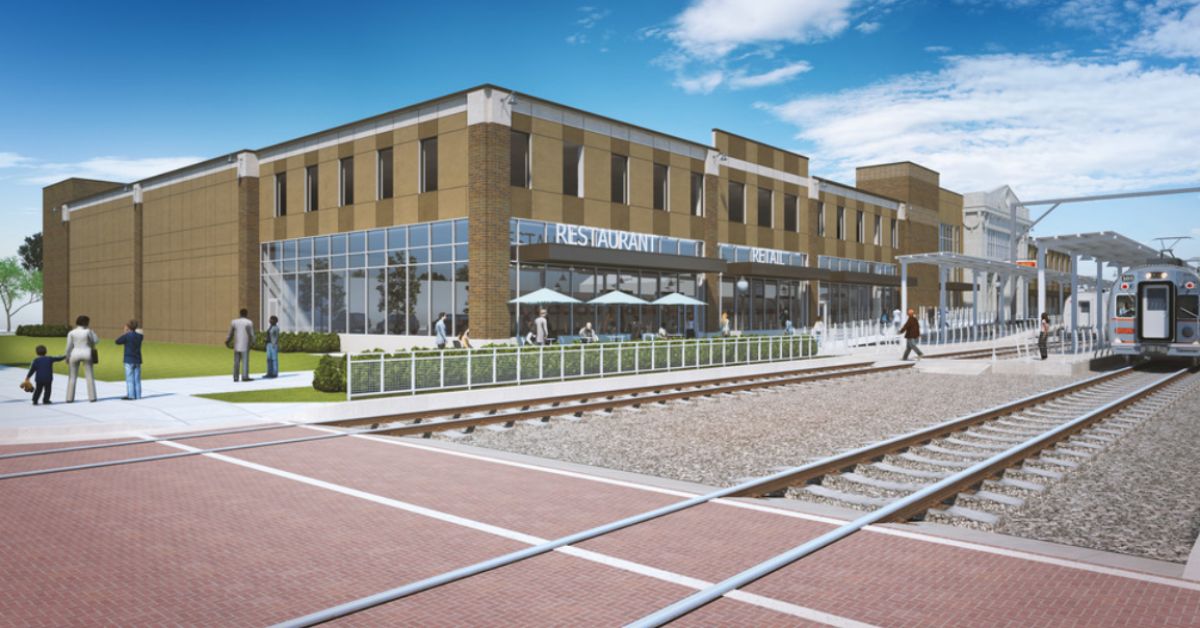 As South Shore Line paves the way for a more connected future in Northwest Indiana by shortening travel time to Chicago and adding 14 more train rides to every weekday, it is also ensuring that the South Shore Line overall is in top-notch condition.

Through the Double Track Project, South Shore Line is improving a total of five stations. Miller Station in Gary and 11th Street Station in Michigan City are undergoing the most extensive upgrades with both stations being relocated.

The old Miller Station in Gary has been demolished as part of the Double Track Project for Northwest Indiana. That station will move south to its brand-new location where Director of Capital Investment and Implementation / Double Track NWI Project Manager Nicole Barker said the foundation is now being laid.

“We had to rebuild that station as part of the Double Track Project. We worked with the community over the past several years on the design, and it will have a very fresh look. It will be a more modern, welcoming, and well-lit building. We're very excited about that,” Barker said.

Another station that is going through major changes is Michigan City’s 11th Street Station. The small station has already been demolished, and Barker shared that South Shore Line is working with Flaherty & Collins Properties to build a larger development that will take up an entire city block. This city block will consist of a station, an 11-story building, and a parking garage.

“This will take a very small station and turn it into our most important station in Michigan City,” Barker said.

While a few old stations are being relocated as part of the Double Track Project, South Shore Line is working to preserve history in the midst of that process.

South Shore Line’s Portage Ogden Dunes location does not have a station. In September, however, a large south parking lot was added to the property south of US-12.

Between new stations and new parking lots and garages, there are many big ticket items in play, but South Shore Line is not overlooking the finer details that will serve as the finishing touches.

While ridership was down during the COVID-19 pandemic, South Shore Line took advantage by taking a fresh look at some of its stations and upgrading them to make the stations feel brighter and more welcoming. This includes informational vinyls that reinforce the new branding, modern benches, environmentally friendly and aesthetically pleasing paved drains in the parking lots, and the installation of ticket vending machines.

“We have new ticket vending machines that have been installed in all of our South Shore Line Indiana stations, and they are a much-needed improvement on the old ones,” said Amber Kettring, Manager of Customer Service and Communications. “These take cash and credit cards; our old ones did not take cash, so that is a big improvement for our passengers. They also allow us to do promotional codes where we can offer deals like a buy one get one or 10% off of a ticket.”

The Double Track Project is scheduled for completion in 2024, and Barker anticipates that by 2040, ridership will double as a result of this project.

To learn about more of the improvements underway through the Double Track Project, visit mysouthshoreline.com.