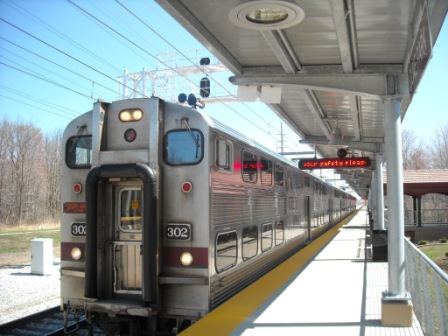 The Northern Indiana Commuter Transportation District (NICTD), operator of the South Shore Line, today announced modified station plans for its West Lake Corridor Project. “We have appreciated the robust public involvement in our West Lake Corridor Project, and have updated our station plans based on extensive community input,” said Michael Noland, President. “We thank everyone who has commented on the project for sharing their thoughts and concerns,” he added.

To access updated maps and information, go to http://www.nictdwestlake.com/boardmeeting.

NICTD is following the National Environmental Policy Act, and is in the middle of an Environmental Impact Statement for the project in partnership with the Federal Transit Administration.

The NICTD board voted to approve the Hammond Alternative Option 2, outlined in detail in the Draft Environmental Impact Statement, as the Locally Preferred Alternative. This is important in that it solidifies the proposed final route for the railroad. As a next step, the railroad will submit the project for a project rating to the Federal Transit Administration. If the project is approved to advance to the next stage, Engineering, the project will await listing in the President’s budget in early 2018. Under the current schedule, construction would begin in 2020 and end in 2022.

NICTD has developed a quarterly newsletter to keep interested stakeholders updated on the project. http://www.nictdwestlake.com/news.