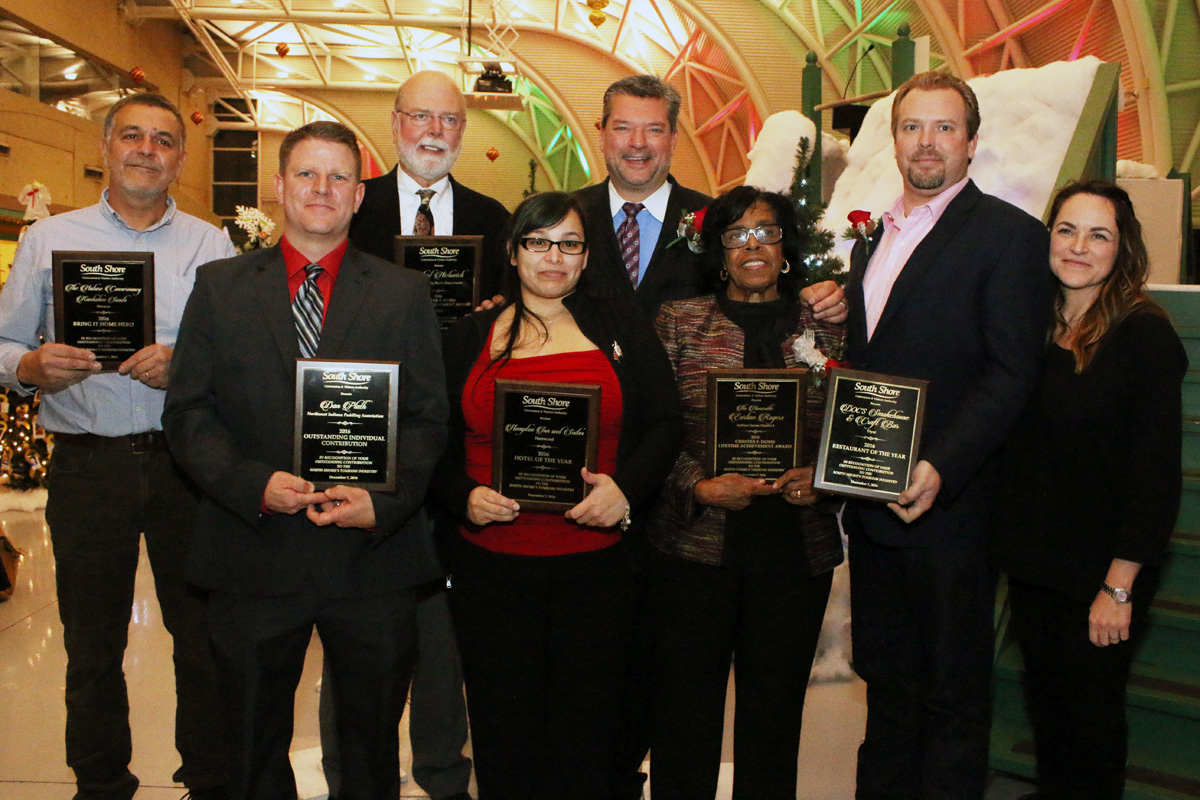 The Indiana Welcome Center is ready for the holidays, already sporting Christmas trees decorated by local businesses, red and green lights and displays celebrating Hammond, the birthplace of the iconic film "A Christmas Story."

Each year, during the holidays, the South Shore Convention and Visitors Authority honors outstanding individuals and businesses that represent the hospitality industry and help further the tourism industry along the South Shore. 250 local business leaders, elected officials and hospitality professionals celebrated the holidays and spent some time together for the 33rd annual celebration Wednesday night.

“It’s a nice way to bring all the different entities in the region together to celebrate the holidays, but also to show our support and appreciate for the tourism authority and all the hard work they do around here” said Sue Reed, president and CEO of the Crossroads Regional Chamber of Commerce.

Erika Dahl, director of communications for the South Shore CVA, said the relationships the CVA has formed "is very valuable to what we’re trying to accomplish, and we want to honor them.”

Individuals and businesses were recognized in the 2016 reception, which SSCVA Executive Director Speros A. Batistatos opened by commending each and every person who works with them to make Northwest Indiana a great place to live and visit.

“Each year we honor business that have made substantial improvement and contributed to the hospitality industry to improve the region for residents as well as visitors,” Batistatos said. “This year, we’ve had two exceptional people above and beyond what any one person can do in a lifetime”

The first winner of the Chester F. Dobis Lifetime Achievement Award was Robert Nickovich, who has provided 42 years of service to the Lakes County Parks and Recreation Department. Nickovich started at the parks department in 1972, and was president and CEO by 1981. Five park sites, two multi-use trails and Deep River Waterpark are just a few of the accomplishments Nickovich achieved as CEO, Batistatos said.

Former State Sen. Earline Rogers - a Democrat from Gary - received the same award for her 34-year political career, which included bringing casino gaming to the state of Indiana. Rogers, a legislator who also helped raise the age at which Indiana prisoners could be executed, and supported charter schools, said she isn’t leaving her home of Gary anytime soon.

“For those of you in Lake County, I still work for you,” Rogers said upon accepting her award.

Other award winners included Hampton Inn and Suites of Hammond for 2016 Hotel of the Year and DOC’s Smokehouse and Craft Bar, which won 2016 Restaurant of the Year.