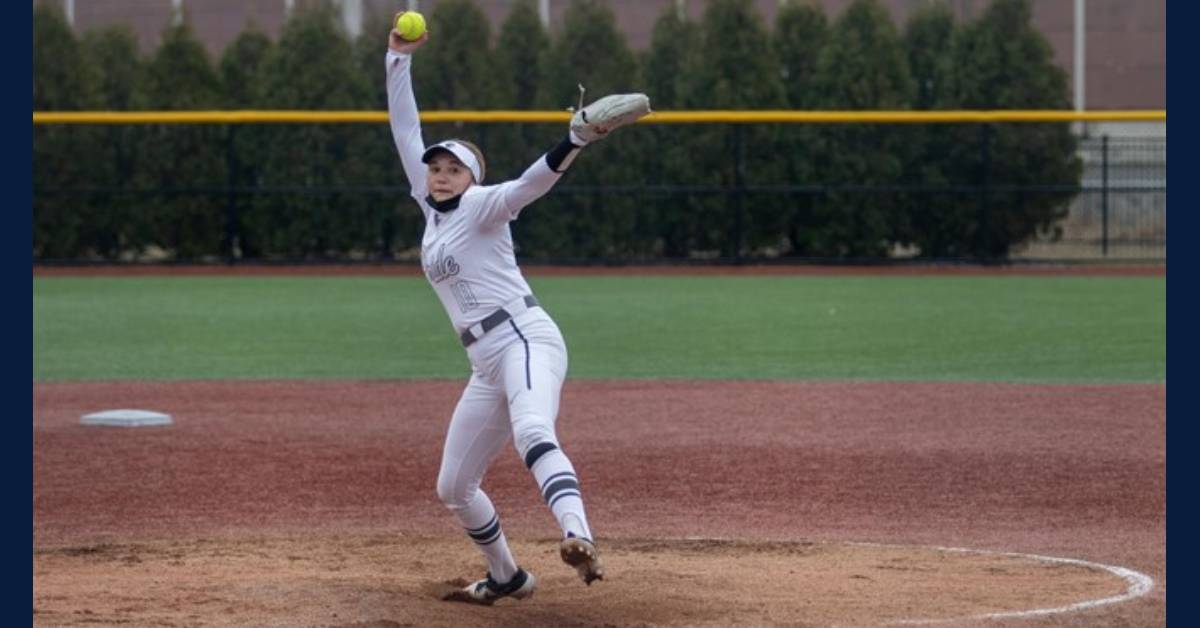 Blackwell didn't allow a Wayne State hit until the fourth which came after three consecutive PNW defensive miscues in the frame. The Warriors cashed in on the extra opportunities, but only needed one run in the pitcher's duel, as WSU starter Paige Ameel (5-0) limited the Pride to just two hits in the opener.

For Blackwell, it was the right-hander's fourth straight complete game, and fifth in six starts this season despite a 2-4 record to show for it. She logged 85 pitches with three strikeouts and one walk (season-low), lowering her season earned-run average to 3.17.

The Pride hits were recorded by Aubrey Shroyer and Madison Schultz, who also drew a walk. PNW left three runners aboard.

GAME 2: WSU 6, PNW 4
PNW fell behind 6-0 after three complete in the nightcap, but the Pride answered with a four-spot in the fourth to draw within two runs.

The Pride sent eight batters to the plate as the first five reached safely during the rally, starting with a leadoff single from Taylor Stevens. Three batters later, Amanda Noblett laced an RBI single to center field and the Pride tacked on three additional runs off WSU errors.

PNW had another scoring opportunity in the fifth after placing the tying runs aboard, but couldn't move them across. The Pride went down in order over the final two frames.

The Pride were outhit 10-7 in the nightcap and left six runners on base.

Montana Martinez reached safely three times while going 2 for 2 with a walk. Schultz went 1 for 3 with a double and walk. Stevens, Noblett, Jessica DeBoer and Kara Aloisio each registered a hit.

Abbie May got the start in the circle before reliever Maddison Roop closed out the game for the Pride.

NEXT UP
PNW travels to Saginaw Valley State for a conference doubleheader on Saturday.