Benny the Bull was speechless on receiving his nomination into the Mascot Hall of Fame on June 16. As was Tommy Hawk, Nittany Lion from Penn State University and Sluggerrr from the Kansas City Royals, all without words as they received their inaugural rings signifying this honor bestowed upon the best and brightest of the mascot world.

Their silence was not unusual, of course, since mascots almost never speak (with the MHoF’s own,Reggie, being one exception).

The 2019 mascot inauguration, perhaps best described as a “silly-bration,” was witnessed by hundreds of mascot fans all lining the streets of Whiting for a chance to see and cheer for their favorite character.

Kicking off the day’s event was a parade, beginning at Oil City Stadium and leading to the MHoF itself. Food and refreshments were available from several vendors, as well as face-painting and even a huge inflatable hockey rink, where fans could take their turn playing their favorite sport.

Orestes Hernandez, Executive Director for the MHoF was overwhelmed with enthusiasm at the event.

“I’m beaming!” Orestes said. “This is our signature event, and we’re happy to bring it right here to Whiting for the very first time. This is just the start of what we have planned for the future. We’ve got 16 previous winners here, plus the four new inductees, and of course Reggie, and we’re already looking forward to next year.”

As the crowd cheered and copious amounts of confetti filled the air, the 2019 inductees took to the stage, accompanied by previous winners, and received their MHoF ring from none other than Reggie himself.

David Raymond, creator of the MHoF, was nearly -- but not quite -- as speechless as the inductees when asked about what the event means to him.

“It’s impossible to capture those feelings in just a few words,” said “But, I can tell you that what is amazing about this is that this is going to be a growing annual ceremony. Each year, we’ll have thousands of people come here to this free event. You can see how excited the kids here are!”

Raymond was amazed to see his dream come to life.

Jeff Highland of Chicago brought his family to join the celebration.

“We come here all the time with the kids,” said Highland. “We’re members here. The kids love it. Between all the activities and the mascots themselves, it’s just a great time. And the staff here is just wonderful, too. Really great people.”

“This is the signature event of the year for the Mascot Hall of Fame,” said Whiting mayor Joe Stahura. “We’re learning a lot here and I think next year is going to be even better,” said Stahura.

For more information about the Mascot Hall of Fame, visit them online at https://mascothalloffame.com/. 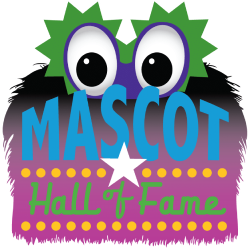