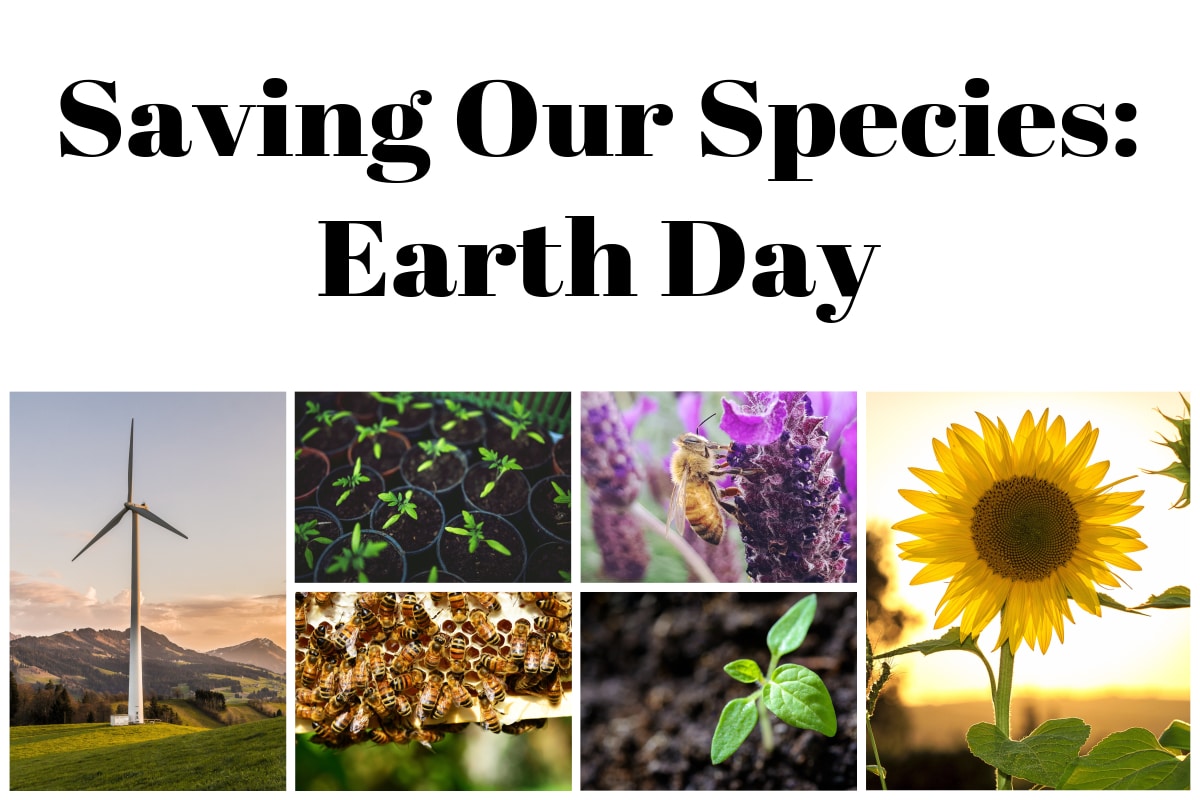 Every Earth Day has a theme designed to spread awareness about a specific environmental issue. This year the message is “Protect Our Species,” calling attention to how human activity leads to the endangerment or extinction of plant and animal species worldwide. Locally, our bees need a little help.

Earth Day first started in 1970, when millions protested the impacts of aggressive industrial development. Environmental science was growing in public recognition, smog and pollution were (and still are) every-day problems for many. The U.S. Congress and President Nixon responded by forming the Environmental Protection Agency, instituting the Clean Water Act, and the Endangered Species Act – which is this year’s focus of Earth Day. The problem of endangered and extinct species often feels distant, because we hear about extinction happening with exotic species thousands of miles away. Yet, many local species are at-risk as well. The poster child for endangered species in America is something many consider a pest at first glance – bees.

According the Earth Day Network, the largest organizer and recruiter for Earth Day activities and volunteerism, beekeepers for much of the past 10 years have been reporting annual hive losses of 30 percent or higher, substantially more than is sustainable. And, it is not just honeybees. One in four wild bee species in the U.S. is at risk of extinction.

This is a major problem, as bees are a key factor in most ecosystems. Of the nearly 370,000 flowering plant species, 90% depend on insect pollination. A decent-sized colony of forager bees can pollinate 250 million flowers a day, according to the Earth Day Network. If those bees did not exist, many of the flowers that depend on them to reproduce would die. This would cause a chain reaction impacting animals that rely on the plants that bees pollinate. On a more practical, human level, pollinators such as bees are a huge part of the economy. They contribute $24 billion to the U.S. agriculture industry. Beekeepers and apiaries are even part of the Region economy. In 2017, the Northwest Indiana Beekeepers Association (NWIBA) had more than 200 members.

So what are some steps people can take to help protect bees? The biggest would be to take up beekeeping. Many simply take it on as a hobby that has a fairly low start-up cost. The equipment is fairly inexpensive, and takes up less space than you might imagine. You can also avoid the use of pesticides, even those marketed as non-toxic or biodegradable. They attack the nervous system of bees and confuse them, making it impossible for them to find a way back to their hive.

Another important step you can do is to call a beekeeper instead of an exterminator if you find a swarm or hive of bees. Bees do not form the paper nests that wasps make. Instead, they form large clusters on things like walls or trees. Some beekeepers will even remove the swarms free of charge. Visit the NWIBA at www.nwibeekeepers.org to find out more.

Protecting our species is a global task and responsibility that does not end with bees. Find out more at earthday.org.