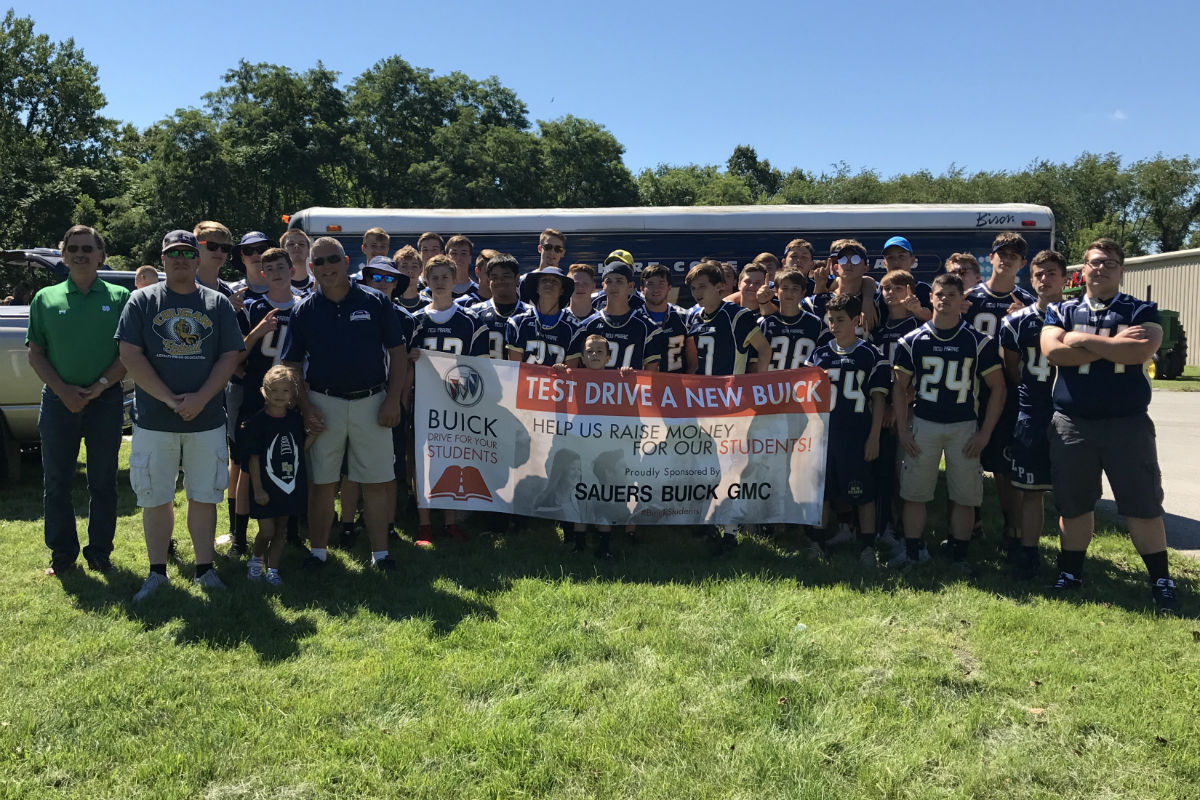 "Drive for Your School" is a program sponsored by Buick that allows dealers to form closer relationships with their community. For every test drive, Buick donates $20 to the organization the event supports, with the maximum amount of donations totaling $10,000. In previous years, the team raised thousands of dollars for their school, and owner of Sauers Auto, Kim Sauers, has always been glad to help.

Although the steady flow of test drives of new Buick and GMC vehicles had to stop temporarily for the Hometown Days Parade, the sight of the shiny cars alongside the parade route attracted dozens of drivers to the fundraiser. Several drivers were excited to try the convertible that was driven by the Grand Marshall of the parade, and others spoke to Sauers employees about which vehicle was right for them. These opportunities to introduce the public to new vehicles encapsulate the spirit of the event, according to Sauers Auto Controller, Ronda Reedy.

The NPHS football team can use this money to improve their equipment, which can help them thoroughly prepare for their upcoming season. While Sauers employees and NPHS volunteers manned the registration tables, football players brought their energy to the streets with signs and cheers advertising the event. Several vehicles full of eager drivers pulled into the event thanks to the athletes’ enthusiasm.

Sophomore Bryan Hardison was excited to support his team and have fun with his teammates.

“It’s important for us to have fundraisers like this one so that we can actually get new equipment and stuff like that. It prevents us from using gear that is outdated, and that’s great for the team,” said Hardison while taking a break from calling cars into the fundraiser.

The strong bond held by Sauers Buick GMC and the NPHS football team allows both groups to improve the community, achieve their individual goals, and have a lot of fun. Come see the Sauers team in action again this Thursday at La Porte High School for their next “Drive For Your School” event.