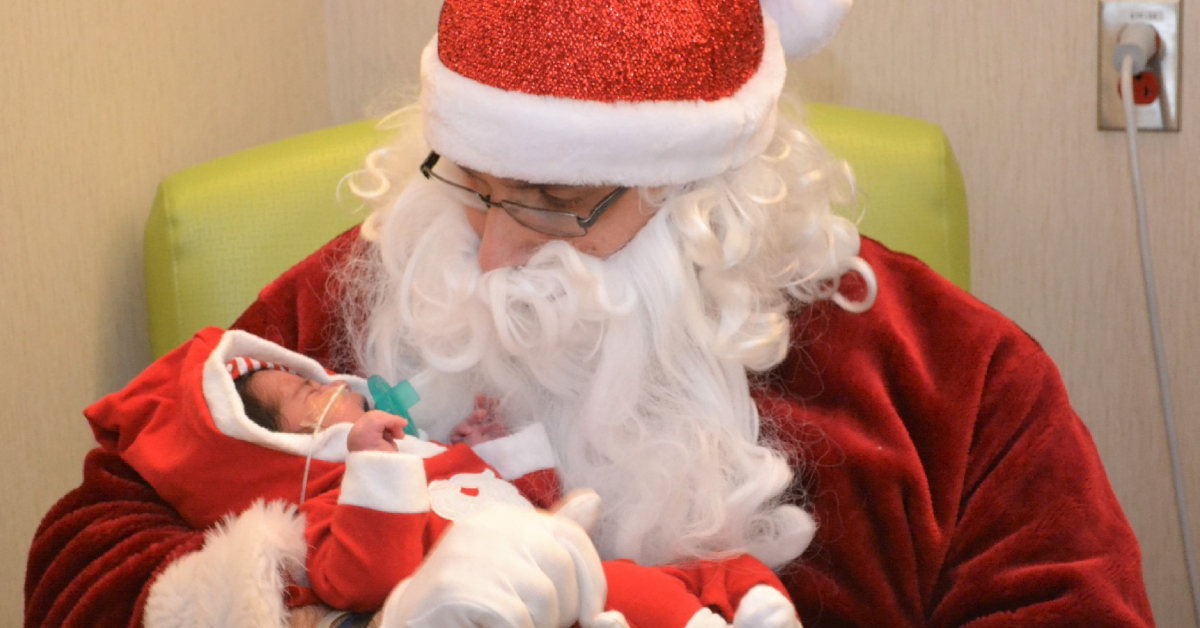 The babies in the Franciscan Health Crown Point Neonatal Intensive Care Unit (NICU) couldn’t be home for Christmas, so Santa Claus made sure to come to them on Christmas Eve.

“Santa’s helper” was Jeff Strbjak, who was inspired to don the red costume and white beard, thanks to his own experience when his twin boys were in the NICU. He was assisted by photographer Meagan Skinner, who previously had a daughter in the NICU. She captured photos of Santa holding the babies to later share with the parents.