Members of the Michigan City community never seem to shy away from contributing to a great cause. That was never more evident than Tuesday morning, when a number of community leaders and residents gathered at McDonald’s to take part in the annual “celebrity” coffee pour, which this year also served as the opening event of the Salvation Army’s Christmas Kettle Drive.

I was fortunate enough to be asked to be one of those “celebrity” pourers by my former colleague at The News-Dispatch, Deborah Sederberg. Deb has organized the coffee pour for years in connection with the Lubeznik family, owners of all three McDonald’s restaurants in Michigan City. The Lubezniks take all coffee proceeds from the day at all three locations and donate them to the Salvation Army. 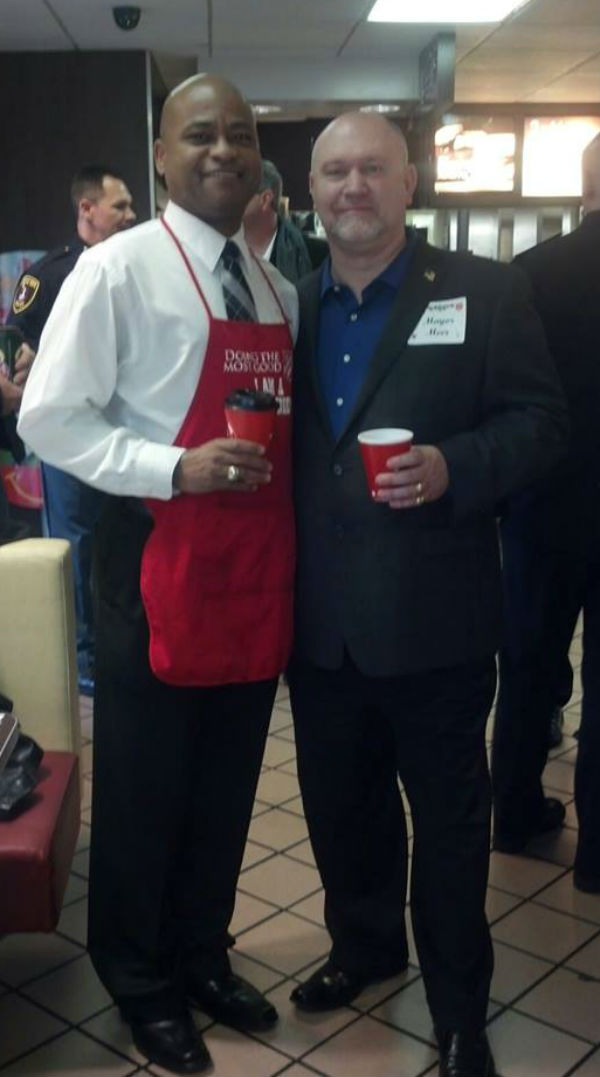 Fourth Ward City Councilwoman Patricia Boy and Park Board President Bryant Dabney did the majority of the celebrity pouring, while many other local notables were on hand to show support for the cause. The Michigan City Police and Fire departments, as well as the La Porte County Sheriff's Office, were in full force at the event. Fire Chief Ronnie Martin and a few police officers braved the morning cold to ring the Salvation Army bell outside, encouraging drive-thru customers to donate anything they can. 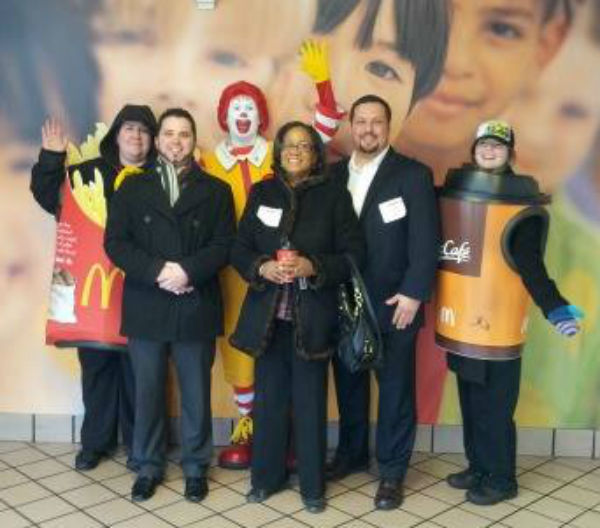 The Salvation Army of Michigan City is under new leadership this year, as Majors Bill and Taylor Brutto were handed the reins a few months ago, but their mission has remained the same. Their service in helping those in need is most evident this time of year. On Thanksgiving Day, a free meal is provided to anyone who stops by their location at 1201 Franklin St. around 10:30 a.m.

Year after year, the volunteers end up outnumbering the ones in need at the meal. Sometimes, volunteers are turned away because there are just too many of them. That is what Michigan City is all about, and that is why I am proud to call Michigan City my home.