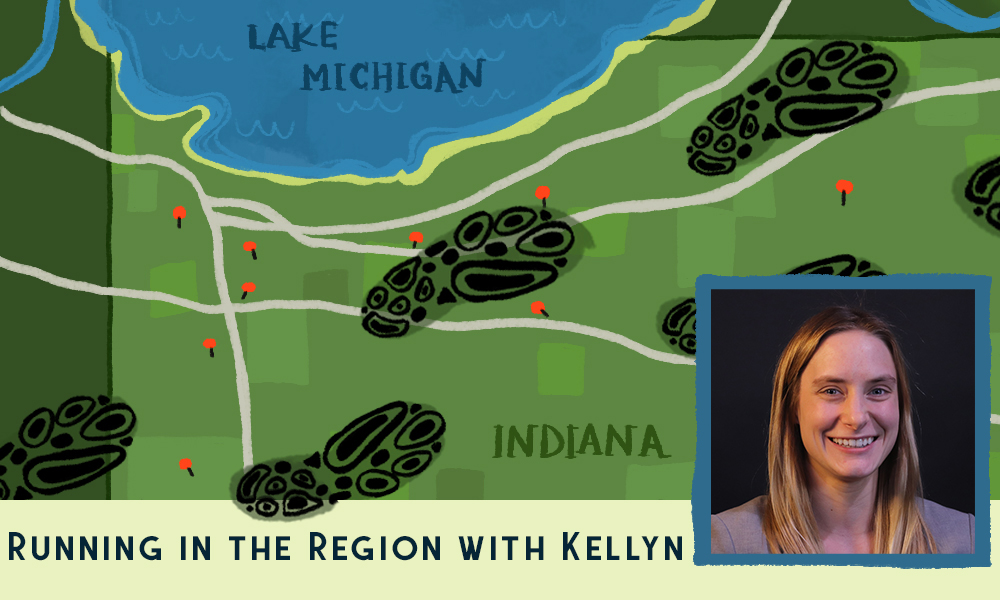 The moment I crumbled backward onto the worn carpet in my bedroom, I knew exactly what was going on. I was hurt again. It was just a matter of finding out how badly.

Over the course of my 10 years as a competitive runner, I’ve racked up a list of injuries that makes my 23-year-old self present as a solid 75 on paper. Nagging plantar fasciitis, two hip avulsions in one season, severe ankle sprains, and long term on-and-off back issues to name a few.

On Sunday, January 5, 2020, I kicked off the new year by adding a slipped disc to my collection of unusual injuries. The moment the diagnosis left the doctor’s lips I did what any die-hard collegiate track athlete would do: Googled the heck out of slipped discs from the discomfort of my hospital bed, knowing full well I would be disappointed with the results.

“Should resolve within six weeks,” the results reported.

Already behind in my training from Achilles tendon issues, those were six weeks I did not have. This realization had me feeling like my senior track season at Calumet College of St. Joseph was a wash, over, out of my hands. In the midst of my panic, I turned to Jackie Torres, my coach, confidant, and fellow cheese sandwich lover, for guidance.

“Kells, in the grand scheme of things your back controls your body. Without it, you are a worm,” she said.

Cue ugly cry session! I was devastated. I knew I didn’t have the time to properly recover and still reach my goal of racing at Nationals. I also knew that I would find a way to beat this setback eventually, but felt in my heart that the senior season I’d dreamt of was over. And so began phase one of getting over any injury: feeling what you need to feel. Pain, anger, frustration; I allowed them to swallow me whole for two days, during which time Jackie continued to text me streams of encouraging words.

“I’m not sure why on earth this happened, but it fits into a bigger plan for you down the road,” she said.

Of course. The bigger picture. I’ve always been a firm believer in ‘everything happens for a reason.’ It might be an overused cliché, but it’s so true! And absolutely crucial in the process of overcoming an injury. You must look through the disappointment and see the possibilities, the new opportunities revealed not just in spite of the setback, but because of it. It only took a couple of days after moving on from my ugly cry phase to find my whys.

“Okay, here is another option for you…” Another text from Jackie pulled me out of my funk. “You can go part-time this semester, assistant coach cross country in the fall, then come back next spring in pursuit of an additional degree to use your final season of eligibility.”

Her words opened my eyes to the opportunities before me: I now had time to recover at a safe and steady pace. I could be a part-time student, still graduate in May, and come back for another degree. I could begin my long-awaited coaching career earlier than expected. My final season was saved, and I had a whole year to prepare for it, this time without the adjustment period coming off of cross country season, a chance I’d never had in my entire running career.

After a week of phone calls, emails, and meetings with CCSJ faculty, my plan was in place and I was catapulted into phase two of injury redemption: action.

For me, the first step in that process was doing the hardest thing a runner could be asked to do—be still. With any injury, recovery begins with rest, but especially when the back is involved. For two long weeks, the couch and seasons 1 - 9 of Criminal Minds were my best buddies, until I moved on to the next challenge: physical therapy. PT and I had become good friends at this point, and I welcomed any sort of activity wholeheartedly, no matter how minimal.

To date, I have completed just three physical therapy sessions, each one difficult and leaving me sore, but not painful—a sign I am on the road to repair. My journey with this latest ailment is in the earliest of stages, but I’m in it for the long haul and don’t plan on going down without a fight.

If I’ve learned anything from my experiences with injuries, it’s that one setback does not a failure make. Nor does two, or three, or 10,001. Setbacks pull you down so they can shoot you skyward later as a bolder, stronger version of yourself. I’ve done this many times in my career, and this time will be no different.