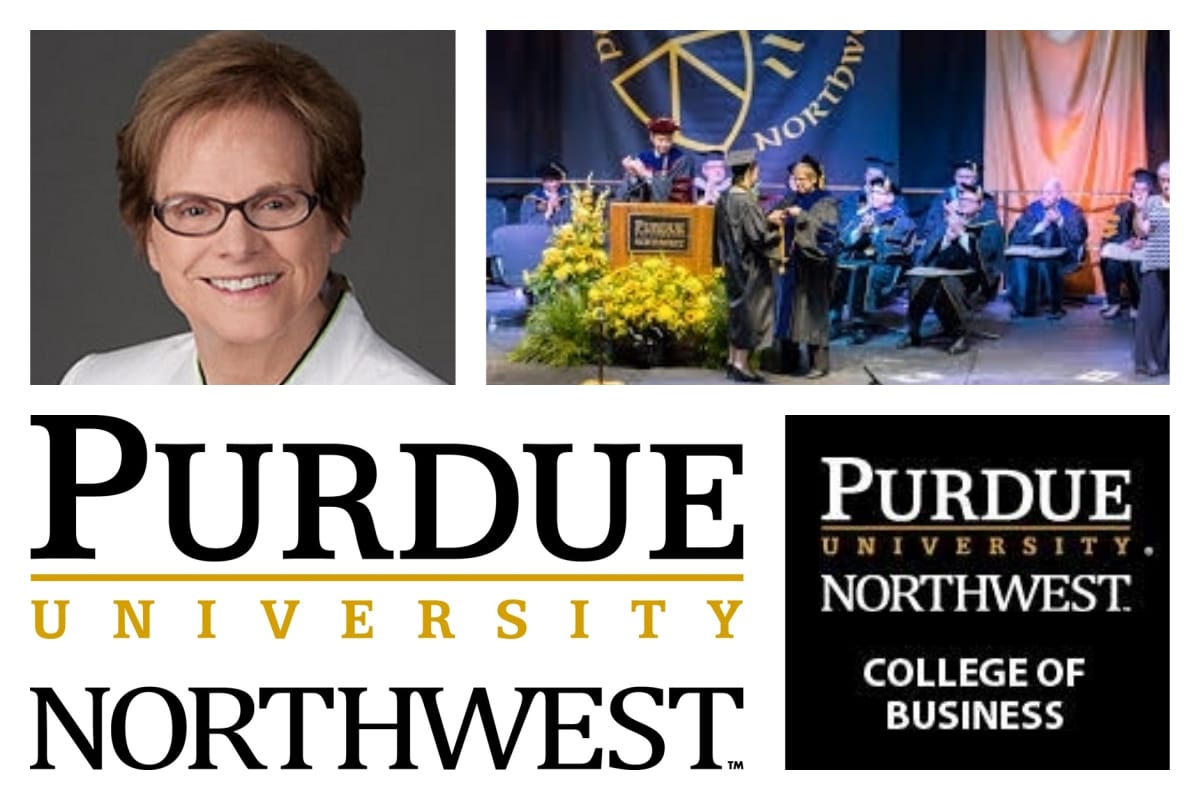 The pursuit of excellence brought Jane Mutchler to Purdue University Northwest (PNW) as dean of the College of Business in 2012. After announcing her retirement at the end of this academic year following an illustrious career, her colleagues resolved to endow a $25,000 scholarship in her name during PNW’s Day of Giving.

The recognition was spearheaded by two members of the college’s Dean’s Advisory Board. Keith Blue, outgoing chairman of the board, and Dimitri Kourkovis, incoming chairman, both alumni of PNW’s Executive MBA program, worked closely with college and university leaders to make the arrangements.

When she was appointed as dean, Mutchler said: “I knew [PNW] was a place where I wanted to be and where I could make a difference by joining the campus community in the pursuit of excellence.”

The Purdue Northwest community celebrates the successful completion of her quest over the past seven years.

“What Jane has done is elevate the quality of the college’s programs and raise our international reputation,” said Matt Wells, director of Career Management in the College of Business.

One of her greatest transformations has been cultivating connections with businesses throughout northwest Indiana and the Chicagoland area to enhance student outcomes and position PNW as a hub for economic growth across the region.

Wells said the “Dean Jane Mutchler Endowed Scholarship” is intended to recognize students who have the potential for mirroring the same type of visionary leadership as Mutchler.

Alumni and supporters of PNW’s College of Business can make a gift of support toward fully endowing the $25,000 scholarship during PNW’s Day of Giving. To make a donation to the fund, type “Dean Jane Mutchler Endowed Scholarship” into the other designation section of the online form. For more information and to make your gift, visit www.pnw.edu/dayofgiving.