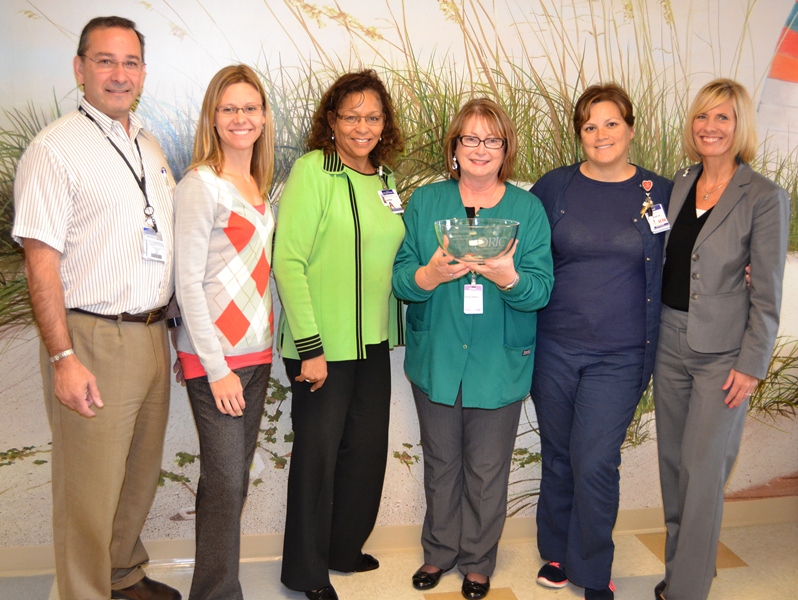 Deborah Gitersonke (third from right), received an inscribed glass bowl and a monetary gift after being named winner of the coveted, 40th annual Magnuson Founder’s Award, presented by the Rehabilitation Institute of Chicago, to staff members who work above and beyond to ensure quality patient care. Gitersonke is rehabilitation care coordinator at the RIC at Franciscan St. Anthony Health-Michigan City, where the award was presented.

The honor is named for RIC founder and physician Paul Magnuson and is presented to individuals whose actions “consistently demonstrate the RIC’s values of hope, compassion, discovery, collaboration and commitment to excellence, particularly when those actions are beyond the scope of his or her immediate responsibility,” said Karen Ortmann, RIC regional executive director of rehabilitation services. Gitersonke’s actions also were lauded in award recommendations she received from others, who praised her sense of teamwork, leadership and professionalism. “Patients and their families love working with Deb; she is an invaluable member of our team,” Ortmann added.