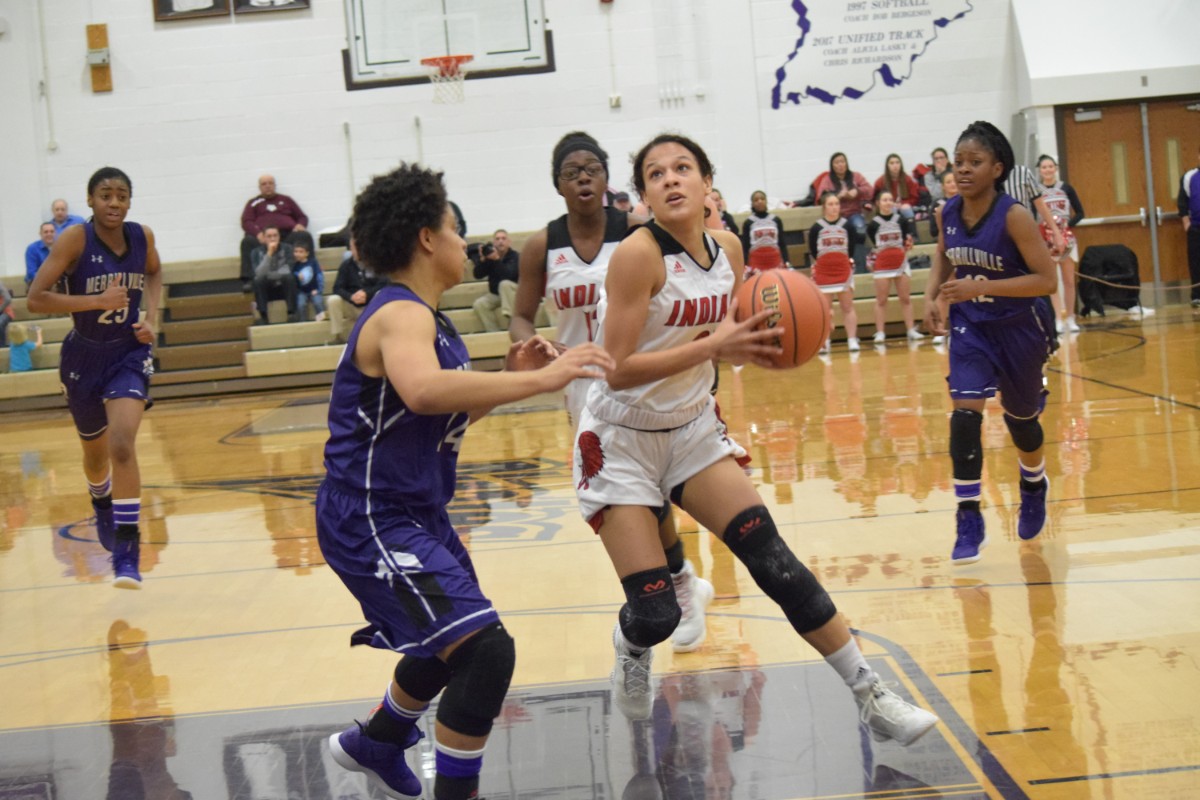 Due to the record-breaking cold weather this past week, many Northwest Indiana’s girls' basketball sectionals were pushed back. So Friday night, teams from around the Region finally met at the IHSAA Girls Basketball Sectional at Merrillville High School to have a chance at the championship game on Monday night. This sectional consisted of 2 of the area's best teams, Michigan City and Kankakee Valley, but were challenged by other opposing teams: Chesterton, Portage, Merrillville, and Valparaiso. But no matter who came out on top, it was clear that all the teams gave it their all as they braved the cold for a chance at the top.

All of the first round games were played Friday night, one after the other. The night started off as the Valparaiso Vikings (9-13) met the Kankakee Valley Kougars (17-4). The stars heading into the game were pointing in favor of the Kougars but the Vikings came out strong in the first half. The Kougars slowly chipped away at the Viking’s early lead and ended the first half right behind them with a score of 28-24. During the Kougars fight, Catherine Cavinder would lead the pace for the fast-paced and intense game all night.

Head coach Doug Nelson took his squad into the locker room and they came back with a lot more intensity. With a three-pointer from Kailee Webster in the third quarter, the game was all tied up at 33 all. The Kougars would maintain the lead for most of the second half.

“The team had to come out and play with more intensity if they wanted to win, and they executed. We wouldn’t be here if we didn’t believe we could win,” Kankakee Valley head coach, Doug Nelson, stated.

However, the Vikings weren’t done yet. The Valparaiso squad, led by Aleah Ferngren, came back for an intense final three minutes. The lead bounced back in forth between the two teams, each team staying within 1 point. In the end, several foul violations would be called on the Vikings, while the Kougars were struggling from behind the line. Eventually, the Kougars would find their groove and seal the deal with a final score of 63-57 in the quarterfinals.

Next up, the Chesterton Trojans (11-11) went up against the Michigan City Wolves (20-4). A slow start for the wolves would give the Trojans an early one-point lead, but Michigan City would respond and take a lead of 20-12 at the half.

Michigan City would not let go of the lead for the rest of the game. A heated coaching staff on both sides would lead to some intense calls from the officials. While the Trojans would attempt to pry their way back into the ball game, they hit their foul limit in the final seconds. The Wolves sealed their win off of a pair of free throws and a final score of 29-24.

“It was not a clean game of basketball, we haven’t practiced since Tuesday and it showed. It’s a win nonetheless but we missed way too many shots,” Michigan City head coach, Mike Megyese, said.

To end the night, the Merrillville Pirates (11-11) and the Portage Indians (11-13) battled it out for the last spot in the semi-finals. Both teams brought the intensity from the very beginning but Portage would snatch an early lead that would cost the pirates at the half as they found themselves trailing 30-25. The monument would stay with the Indians, led by Jaedyn Lowe as the top scorer of the first half.

Coming out of the locker rooms, the Indians brought double the intensity than the first half. They extended the five-point lead into the biggest lead of the entire night, winning with a final score of 59-41.

Friday night ended 3 teams season’s and advanced the other 3 teams as they continue to fight for the sectional title. The winning teams will advance to the semi-finals on Saturday, tonight’s results will match up Kankakee Valley and Hobart, along with Michigan City and Portage. The winners of the semi-final games will advance to the championship game on Monday night. Congratulations to all of the teams on their incredible seasons!