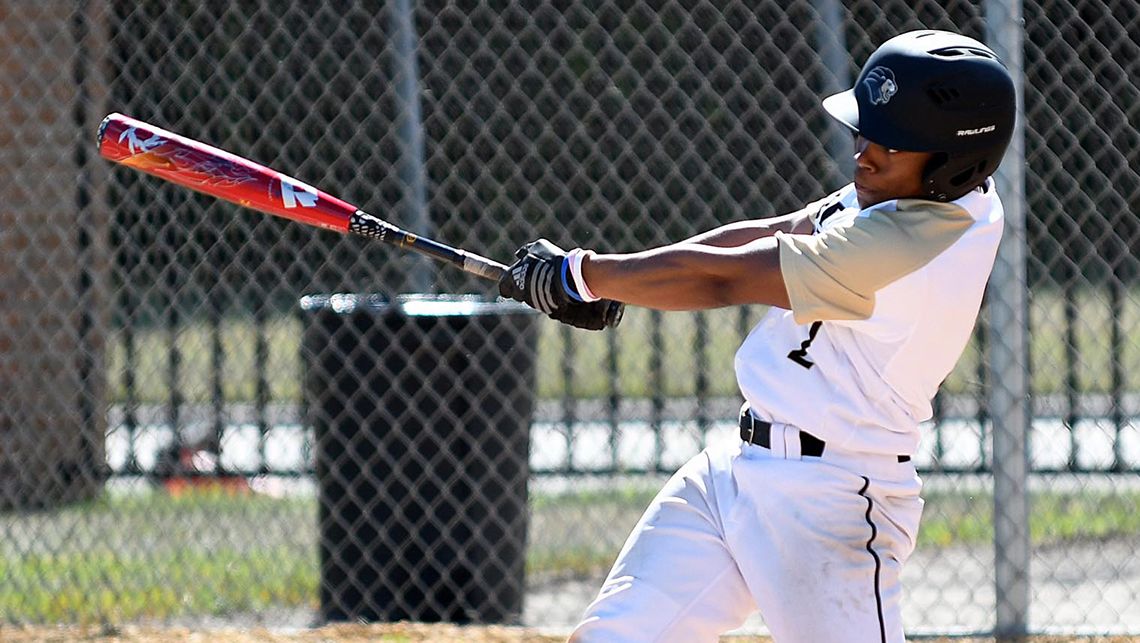 The Pride (29-16, 20-7 CCAC) were led by Avondre Harris (Mishawaka, Ind./Mishawaka) led the Black and Gold with three hits and two runs scored while Tyler Kenjic (Hobart, Ind./Hobart) recorded a pair of hits with a trio of RBI and one run scored.

Kenjic started things off in the top of the first with a 2-RBI double to centerfield which plated Harris and Tyler Crussen (Wheeler, Ind./Wheeler) to give the Pride a 2-0 win.

Jonny Albers (Waterloo, Ill./Waterloo) would record an RBI-groundout followed by an RBI-single from Jono Bigger (Roselawn, Ind./North Newton) which put the Pride ahead 4-0.

PNW would tack on another run in the top of the fifth inning on another RBI-hit from Kenjic to give the Pride a 5-0 advantage.

After the Fighting Saints scored in the bottom of the eighth, the Pride would score one more run on a wild pitch would score Mike Mikulich (Hebron, Ind./Hebron) to give the Pride a 6-1 adavantage.

USF would score two more runs in the bottom of the inning, but the Pride would hold off any comeback efforts to complete the series sweep.

Fabian Del Real (Calumet City, Ill./T.F. North) came in relief and pitched one inning while allowing one run and Brody Kutch (La Porte, Ind./La Porte) would finish off the game, allowing two runs in one inning to close things out for the Pride.

The Black and Gold begin CCAC Postseason play Friday, May 5, with their opponent and seed to be determined.

Arnold (Lowell, Ind./Lowell) went 1-0 on the week with a 0.00 ERA through 11 innings including a nine-inning shutout against St. Francis. Arnold held opponents batters to a .184 batting average without allowing an extra base hit.

The 6-foot-1 lefthander is having a great sophomore season on the mound for the Black and Gold, owning a 3-1 record with a 2.04 ERA and 27 strikeouts through 53 innings pitched on the season.

This marks the first POW honor for Arnold and second for the Black and Gold after Matt Sandoval earned his first CCAC Pitcher of the Week award earlier in the season.

PNW faces off with St. Francis (Ill.) for its regular season finale Tuesday at 6 p.m. (CT).

In 21 total innings, Brown scattered 13 hits, struck out five and walked just one batter in wins over Roosevelt (4-0), Trinity Christian (3-0) and West Virginia Tech (1-0). She held opponents to a stingy .186 batting average and did not allow an extra base hit.

Purdue Northwest finished the regular season with a 28-21-1 record and earned the fourth seed into this week’s double-elimination CCAC Tournament, as the Pride will take on fifth-seeded St. Ambrose Thursday at noon at The Ballpark in Rosemont, Ill.

Makeup date for the contest in Joliet, Ill. is scheduled for either Tuesday or Wednesday night at 6 p.m. (CT) based on the availability of umpires.

Stay up-to-date on the upcoming game and all other events happening this week as the Chicagoland Collegiate Athletic Conference postseason tournaments begin at PNWathletics.com or @PNWAthletics on Twitter, Instagram and Facebook.