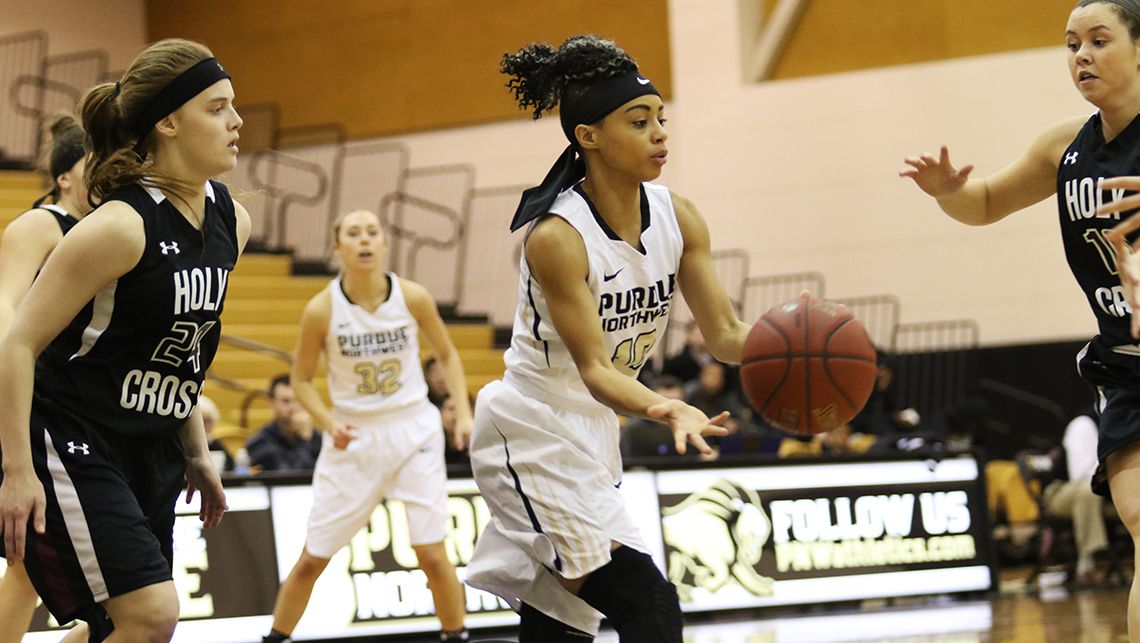 Purdue Northwest Hangs With #6 Campbellsville in 77-83 Loss
Despite third-quarter run that brought them within four heading into the fourth quarter, the No. 14 Purdue University Northwest women’s basketball team fell to No. 6 Campbellsville (Ky.), 77-83, Wednesday night.

The Pride (13-4) finished the Miami-Doral Hotels Classic with a 1-1 record after defeating host St. Thomas, 82-74, in the opener Tuesday.

Seniors Darien Thompson (Anderson, Ind./Anderson) and Cassidy Deno (Otterbein, Ind./Benton Central) led the way, as Thompson poured in one point off her season high with 28 points and Deno added her fifth double-double of the year with 24 points and 10 rebounds.

Campbellsville (12-2), the No. 6 team in NAIA Division I (PNW is in Division II), forced the Pride into a game-high 27 turnovers, scoring 37 points off those giveaways, while the Tigers committed just 14.

Thompson had nine points, including a 3-pointer, during that run.

The closest PNW would get in the fourth was six, but Campbellsville was able to hold off the Pride down the stretch with clutch shots and free throws, as CU finished 13-of-19 from the free-throw line.

Madison Clements led the Tigers with 20 points and Jordan Doram and Emily Fox each chipped in 15 each in the win.

The loss snapped a six-game win streak for PNW, which returns to conference action with a road matchup at No. 1 University of St. Francis (Ill.) Jan. 3 in Joliet, Ill.