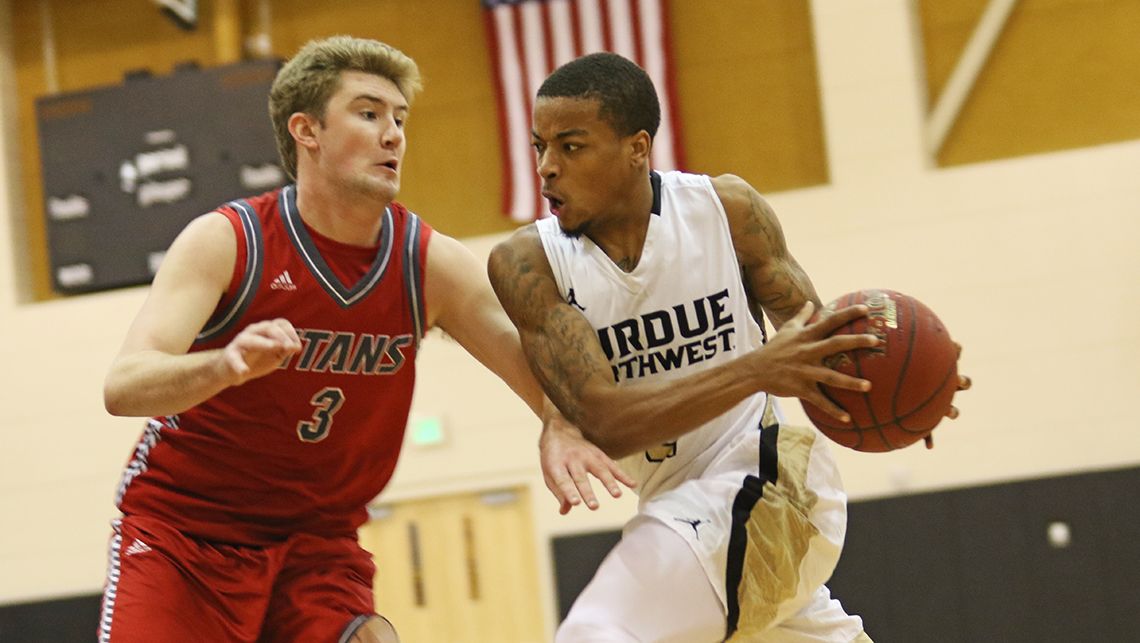 The Pride (3-5, 2-2) picked up its second-straight CCAC win in a row, after defeating the Titans (6-4, 1-2) thanks to a trio of double-digit scorers which led the Black and Gold.

After the Titans took an early 15-7 advantage, the Pride went on an 8-0 run led by a pair of trifectas from Coe which evened the score at 15-15.

Both teams would go back and forth for the rest of the half, with the Black and Gold taking a 28-27 lead heading in to the break.

With just under 10 minutes remaining and both teams being tied at 48-48, PNW would jump out to a 57-52 advantage later in the period.

The Titans would try and make a comeback, but the Pride would hold on and pick up the 69-63 victory.

The Black and Gold return to action Saturday, Dec. 3, when they host Trinity International at the Fitness and Recreation Center at 3 p.m. (CT).

Rhonehouse (Fremont, Ind./Fremont) netted a game-high 17 points on 7-of-16 from the floor and added seven rebounds and two assists to lead help the Pride (8-3, 4-0 Chicagoland Collegiate Athletic Conference) remain undefeated in conference play.

But the Pride would rattle off five-straight points to open the fourth with a Jessica Kiser (Noblesville, Ind./Noblesville) lay-up and Rhonehouse three-point play. The Titans didn’t go away though, cutting the lead back down to two, 58-56, with four minutes left. PNW maintained its composure down the stretch, though, outscoring IUSB 8-0 in the final minutes, with the help of a 6-of-8 performance from the free-throw line.

Johnson (Chicago Heights, Ill./Hope Academy) netted career-highs in both points (34) and rebounds (14) in the Pride’s 87-84 CCAC win over Olivet Nazarene Nov. 22. The 6-foot-6 junior shot just over 70 percent from the floor, hitting 12 of his 17 shots and 10-of-15 from the free-throw line, including two that helped hold off ONU with just under four seconds to play.

He added two steals and two assists in 34 minutes on the court.

Purdue Northwest returns to action Wednesday when the Pride host CCAC foe Indiana South Bend in the second game of a doubleheader with the women’s teams at the James B. Dworkin Student Services and Activities Complex in Westville, Ind. Game time for the men is set for 7 p.m. CT.