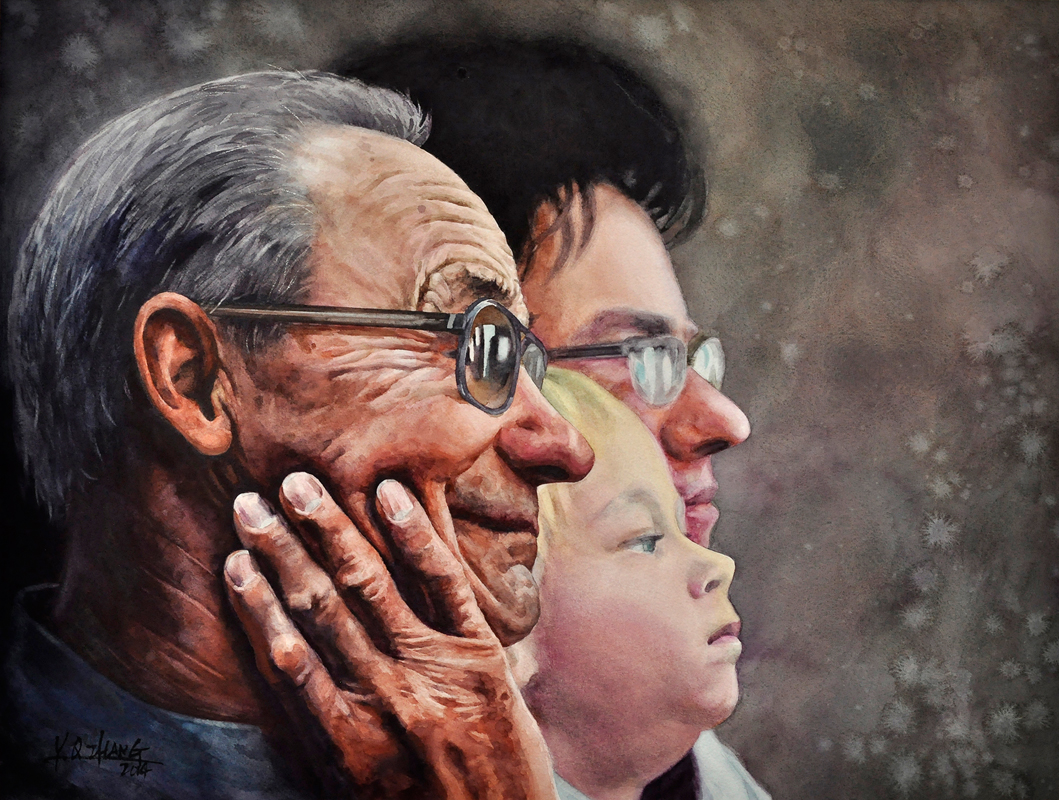 Purdue University Calumet associate professor Yueqi Zhang of the Communication and Creative Arts department has received another award for his proficient art work at an international level.

Zhang, of Hammond, Ind., has received the Tulalip Casino & Resort Patron’s Award at the NWWS 75th Diamond Anniversary Gala Celebration for his painting We Three Sams. Zhang was chosen for the NWWS 75th International Open Exhibition from over 600 entries from seven countries and 24 states.

Zhang said throughout the metaphor, We Three Sams is a representation of the passion that is still reflected from the past. He said in some sense, Uncle Sam is a symbol of American spirit and Zeitgeist.

“[We Three Sams] conveys a sense of cultural inheritance and discovers the essence of life,” Zhang said.

The jurors of the show were internationally known Alvaro Castagnet of Uruguay and Judy Morris of Oregon.

“Alvaro and I both agreed Yueqi captured the wisdom age provides, the anticipation of youth, and the acceptance we feel when we are in the middle in his We Three Sams painting,” Morris said.

“Art is not about flaunting one’s skill and affectation,” Zhang said. “In the end, it is about attitude and conscientiousness.”