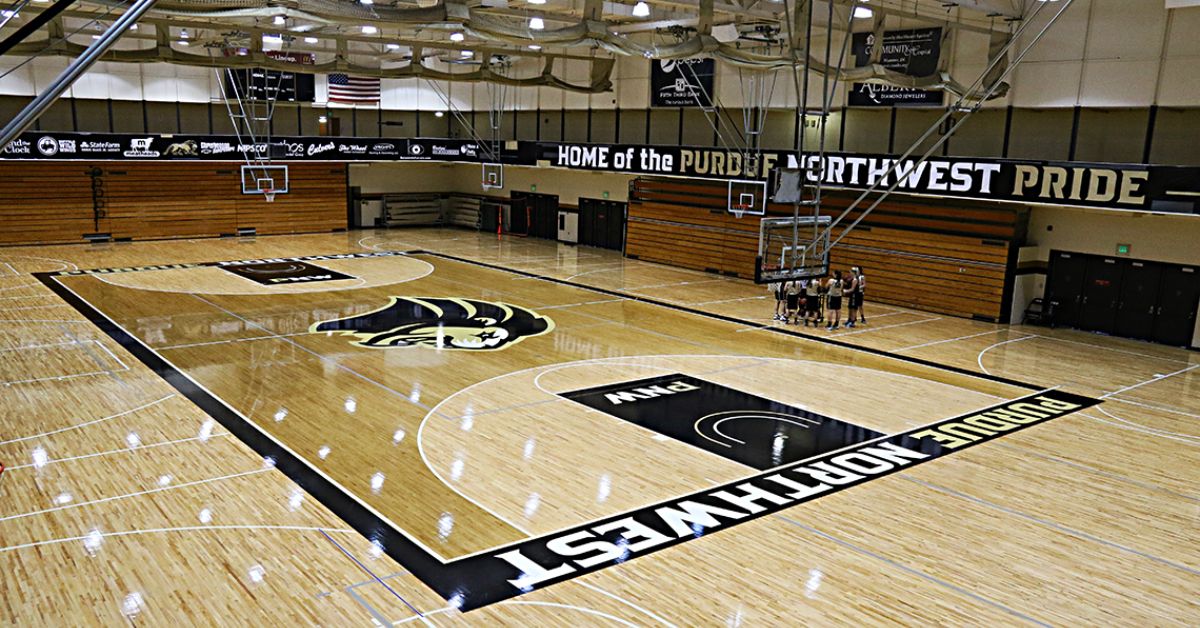 Purdue University Northwest has been selected as the host institution for the 2021 Great Lakes Intercollegiate Athletic Conference (GLIAC) Men’s and Women’s Basketball Tournaments.

PNW’s outstanding facilities attracted the GLIAC to have the tournament played in Northwest Indiana. The men's championship will be played at the Hammond Campus inside the Fitness & Recreation Center and the women's championship at the Westville Campus at the James B. Dworkin Student Services and Activities Complex. In addition, the state-of-the-art Hammond Sportsplex will be utilized for practices.

“On behalf of the Pride of PNW, I am pleased to host this marquee event,” director of athletics Rick Costello said. “It is awesome to bring March Madness to Northwest Indiana. I look forward to providing a safe environment and an outstanding championship experience for the student-athletes in Westville and Hammond. We look forward to crowning the GLIAC tournament champions that will participate in the Women’s and Men’s NCAA Division II basketball tournament.”

PNW Chancellor Thomas L. Keon said the selection of Purdue Northwest as the GLIAC tournament host demonstrates the extensive, positive impact of the university to the Northwest Indiana community.

“This is exciting news for PNW’s students, faculty, staff, alumni and the entire Region because it shows national recognition of the investment we have made in our Athletics program and our facilities on both campuses,” Keon said. “Bringing the GLIAC basketball tournaments to Northwest Indiana will have a significant economic impact and shine a spotlight on our area and the university.”

A new format will allow all 12 GLIAC institutions for both the Men's and Women's Tournament to participate. The opening round will take place at campus sites, with the advancing teams traveling to Purdue Northwest for the remainder of the tournaments. PNW will lend its staff to assist the conference with tournament operations.

With the safety of student-athletes and coaching staffs at the forefront of this decision, the GLIAC reached a determination to conduct the tournaments with only essential staff, and no fan attendance. The tournaments will follow the GLIAC Safety Requirements for Competition, which call for testing of student-athletes, masking, and sanitization of venues before and after competition.

The GLIAC is one of the most competitive conferences in NCAA Division II and Commissioner Kris Dunbar is grateful to PNW for hosting this year's postseason event.

"This tournament is a big undertaking, and PNW has a great team of administrators committed to facilitating 14 games in a safe and fun environment," Dunbar said.

All games played at both campus locations can be viewed live on pay-per-view streaming, and will also be made available on-demand, through PNW’s partnership with JED TV.