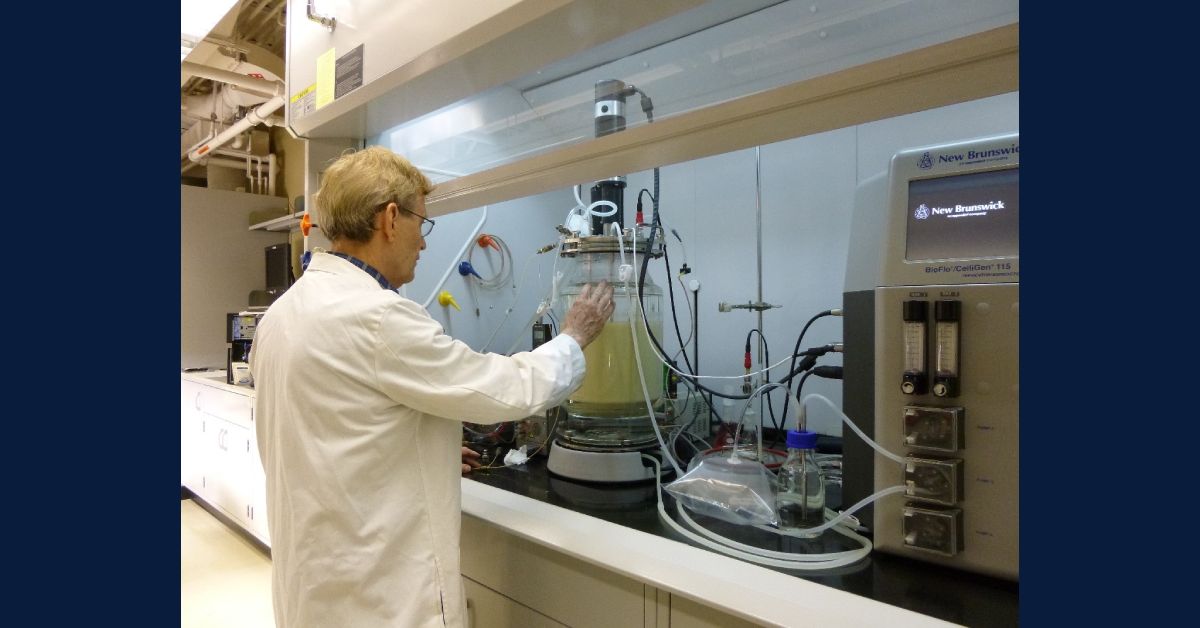 This new process uses food waste to biologically produce hydrogen that can be used as a sustainable energy source for producing electricity, as well as for chemical and industrial processes or as a transportation fuel.

Robert Kramer, professor of Physics at PNW and principal investigator for the research, stated that more than 30% of all food, amounting to $48 billion, is wasted in the United States each year. That waste could be used in the developed process to create hydrogen, a sustainable energy source that does not cause environmental issues. When hydrogen is combusted, the only byproduct is water vapor.

“The developed process has a high production rate and can be implemented quickly,” said Kramer. The process is robust, reliable and economically viable for local energy production and processes.”

The research team consisting of Kramer, Libbie Pelter, associate professor of Chemistry at PNW and John Patterson, associate professor in the Department of Animal Sciences at Purdue West Lafayette, has received five grants from the U.S. Department of Energy and the Purdue Research Foundation totaling approximately $800,000 over the last eight years to develop the science and technology that lead to this process. Two patents have been issued for this effort and a third patent is currently in the final stages of approval. Over the next nine months, a scale up test will be conducted. Based upon test results, it is anticipated that construction could start on the first commercial prototype within one year.

Hydrogen is light, storable, transportable, energy-dense and produces no direct emissions of pollutants or greenhouse gases. Unlike fossil fuels, combustion of hydrogen does not produce carbon dioxide or oxides of nitrogen and sulfur. Hydrogen also has a higher energy yield than hydrocarbons, according to the research team.

Currently, annual global hydrogen production is approximately 70 million tons with natural gas as the primary source for this production. The process developed at PNW uses what would otherwise be wasted food to produce hydrogen biologically. As efforts to decarbonize the world economy progress, it is likely that a clean energy medium will be needed and hydrogen is well placed to play this role, according to the research team.

Purdue Research Foundation supports Purdue University's land-grant mission by helping the university improve the world through its technologies and graduates. Established in 1930, PRF is a private, nonprofit foundation. The foundation helps patent and commercialize Purdue technologies; builds places to encourage innovation, invention, investment, commercialization and entrepreneurship; and makes equity available to students to finance their Purdue education. For more information on licensing a Purdue innovation, contact the Office of Technology Commercialization at otcip@prf.org. For more information about involvement and investment opportunities in startups based on a Purdue innovation, contact the Purdue Foundry at foundry@prf.org.

The Purdue Northwest College of Engineering and Sciences

Purdue Northwest’s College of Engineering and Sciences features more than 20 undergraduate and graduate programs that prepare students for rewarding jobs and careers in the highly sought after STEM fields. Led by engaged and dedicated faculty, the college combines creative learning experiences with world-class research to push the boundaries of knowledge and innovation.