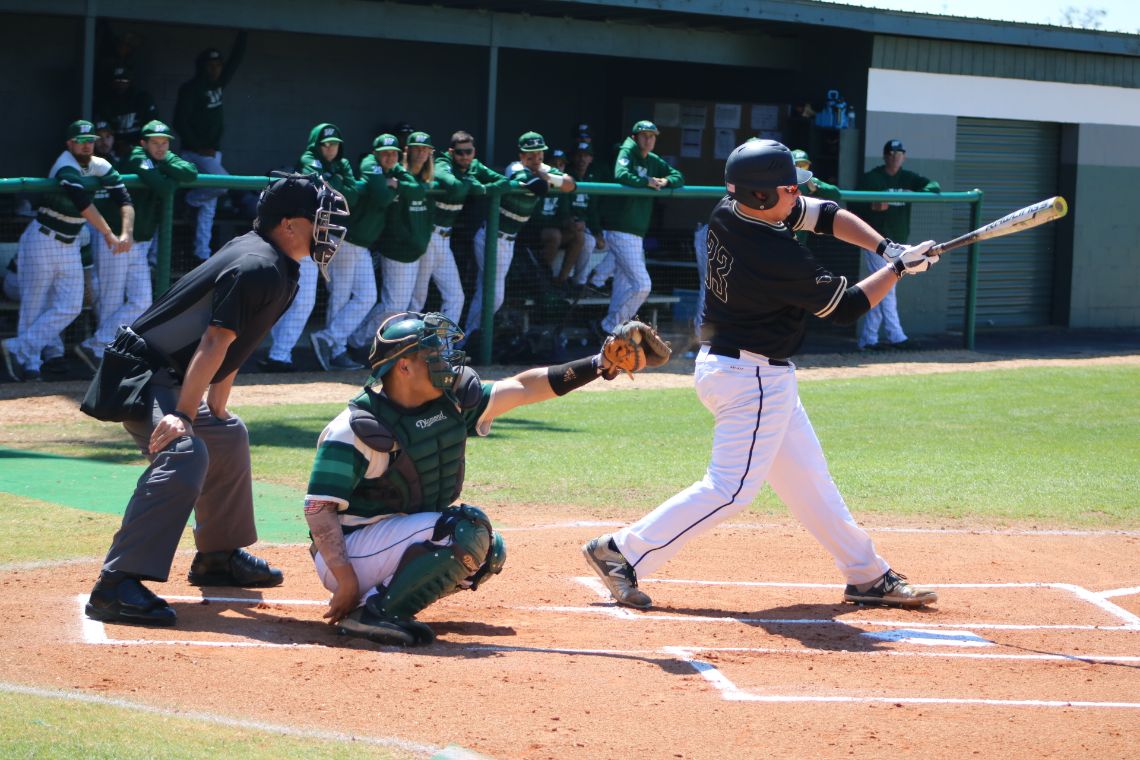 Despite a solid day at the plate for freshman Kevin McCune (Munster, Ind./Andrean), the Purdue Northwest baseball team dropped the final game of its Spring Break trip Wednesday falling 6-5 in extra innings to Webber International University (Fla.) at Heart of Florida Field in Babson Park, Fla. The Pride went 3-3 overall during the trip, which started on Sunday, March 11. McCune went 2-for-3 with a double and two RBI.

McCune got PNW on the scoreboard first with a RBI single in the top of the third inning to put the Pride up 1-0. Later in the frame, senior Jacob Lane (Indianapolis, Ind./Lawrence Central) hit a RBI double to left field to extend the lead to 2-0. The Warriors got a run in the bottom of the third off a sacrifice fly by senior Chris Medina to make the score, 2-1.

Webber International got a sacrifice fly by junior Marcus Begg and a bases-clearing triple by senior Manny Rodriguez in the bottom of the fourth inning to take a 5-2 lead. However, Purdue Northwest came storming back in the top of the fifth getting a RBI double from McCune followed immediately by a two-run double by junior Evan Finke (Columbus, Ind./Columbus North) to plate three runs and tie the game, 5-5. The game remained tied until the bottom of the eighth when Medina came up big for the Warriors with a walk-off RBI single.

Junior Josh Arnold (Lowell, Ind./Lowell) got the starting nod on the mound for the Pride in Wednesday’s game. Arnold went 3.2 innings and allowed four hits, five runs (all earned) and three walks with two strikeouts. Sophomore Jordan Petty (Fort Collins, Colo./Highland) threw 2.1 innings of relief and gave up no hits, no runs and two walks with a pair of strikeouts.