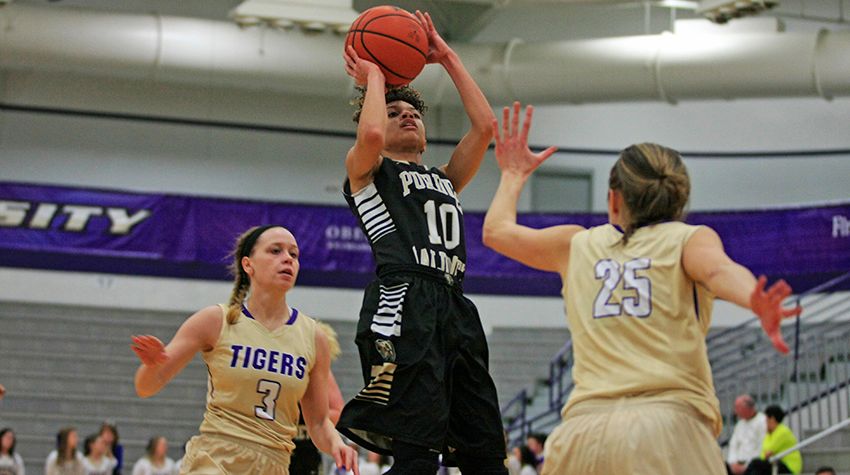 The Purdue University Calumet women’s basketball team dropped a 117-104 decision in the opening round of the Chicagoland Collegiate Athletic Conference Tournament at McHie Arena Tuesday evening.

Junior Cassidy Deno (Otterbein, Ind./Benton Central) led all scorers with 33 points on 8-of-18 shooting and a perfect 14-of-14 from the charity stripe, while Darien Thompson (Anderson, Ind./Anderson) recorded 26 points and four rebounds and three assists.

Olivet Nazarene was led by senior Abbey Hengesbach, who scored a team-high 24 points on 9-of-15 shooting and six rebounds. Maggie Schmidt notched 15 points while Ally Giampapa added 14 points thanks to a quartet of three points field goals to headline the Tigers scoring efforts.

The Peregrines out-shot the Tigers from the field, connecting on 52.9 percent of their shots compared to 45.3 percent, but ONU would connect on 16 three-point field goals compared to just five from the Black and Gold.

Purdue Calumet also won the battle on the boards, out-rebounding the Tigers 45-32.

The Peregrines will await to see if they earned an at-large bid in to the NAIA Division II Women’s Basketball Tournament Championship, with the organization’s Selection Show which airs on March 2nd.​