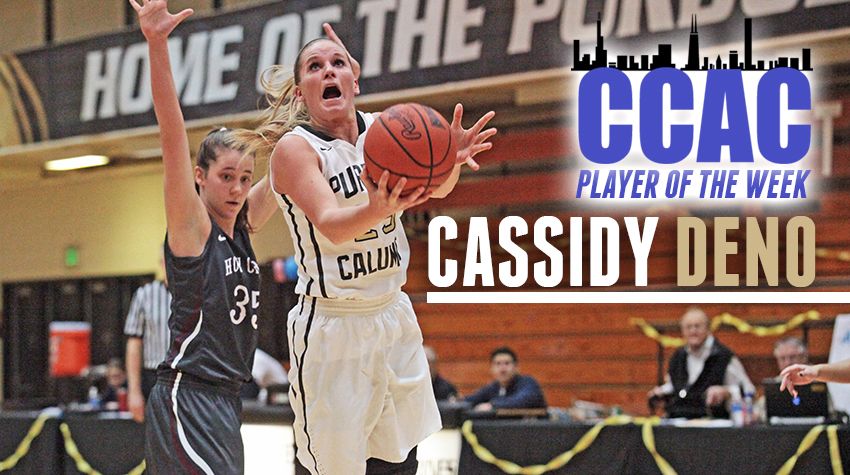 With another blistering scoring performance in a pair of games last week, Cassidy Deno of the No. 15-ranked Purdue University Calumet women’s basketball team has been selected as the Chicagoland Collegiate Athletic Conference Player of the Week, as released by the league.

Deno’s offensive game has surged over the last six games, as the 5-foot-11 guard has averaged 26.8 points per contest, including a career-high 39-point effort against Olivet Nazarene Feb. 3.

The conference honor marks the second for Deno this season and third of her career.

Purdue Calumet returns to action Wednesday, Feb. 17, when the Peregrines conclude regular-season play with a CCAC contest at Trinity Christian. Purdue Calumet currently stands 21-7 overall and 12-6 in the CCAC, sitting in third place in the South Division behind No. 7 Olivet Nazarene (15-2) and No. 2 St. Francis (15-2). The Peregrines stand sixth in the overall standings but are one game ahead of five teams in front of of them.

The overall top eight teams make the CCAC Tournament, with quarterfinals set for Feb. 23. Seeds 1-5 will host those games at individual sites.