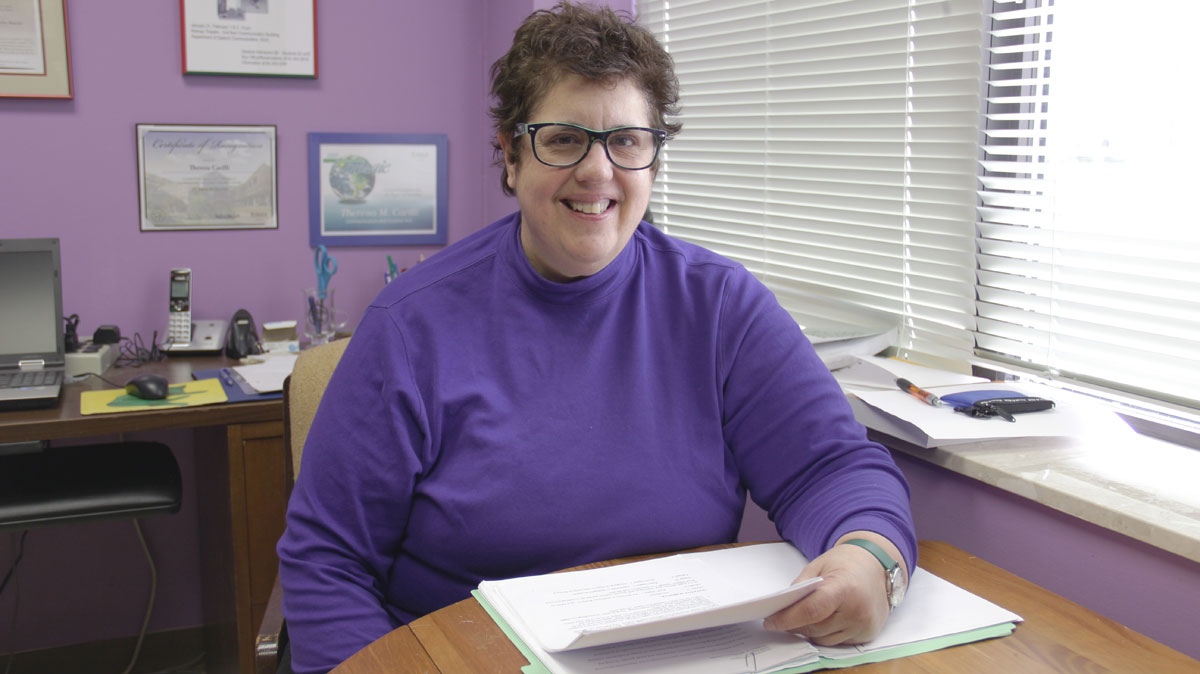 Purdue University Calumet Professor of Communication Theresa M. Carilli has been honored by the Central States Communication Association (CSCA) as the 2015 Outstanding Scholar in Performance Studies.

Carilli of Oak Park, Ill. has served Purdue Calumet since 1988. Her scholarly areas of concentration include media and performance studies and oral interpretation. She also has published numerous scripts, performance articles and plays.

Dedicated professional
“Dr. Carilli has had an impressive career of professional presentations,” CSCA representative and Governors State (Ill.) University Division Chair of Communication, Visual and Performing Arts Lori Montalbano said. “Her talent and dedication to the field inspired me to eventually complete a doctorate in performance studies. Dr. Carilli has served as a mentor to me, as well as many other students and colleagues.”

“Dr. Carilli has been a sought-after scholar, but one of her greatest strengths is her ability to teach and inspire,” Montalbano said.

Carilli holds baccalaureate and master’s degrees from the University of Connecticut and a Ph.D. from Southern Illinois University.