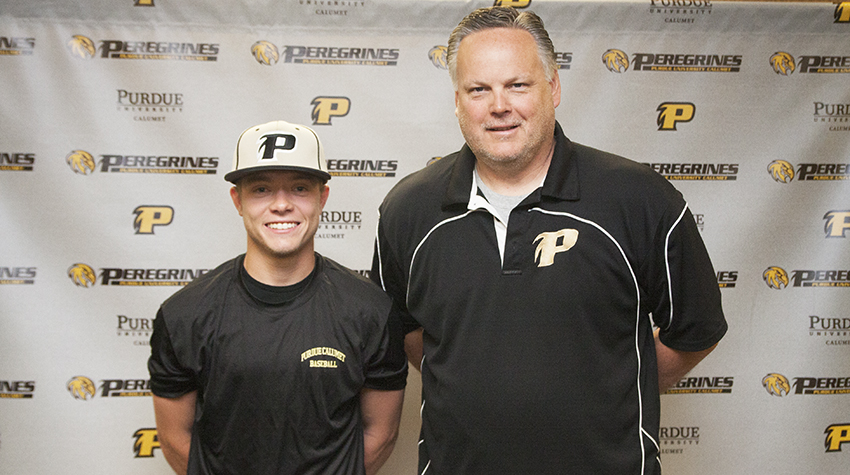 Crussen, a two-time second team all-conference selection, was second on the Harper College team with a .344 batting average, while also contributing with 13 RBI, 28 runs scored and 16 stolen bases in his sophomore season.

“Tyler fights for his at-bats and will give us much needed speed at the top of the order,” Griffin said of Crussen. “Along with his fine offensive skills, Tyler will give us speed in the outfield and play a very defensive center field.”

The 5-foot-8 outfielder was a four-year letter winner under head coach Josh Long at Wheeler High School, and was a two-time all-conference award recipient for the Bearcats.

Tyler also hit an impressive .430 average while at Wheeler, while setting the school record in singles, and placing second all-time in hits.

Crussen is planning on majoring in Organizational Leadership and Supervision at Purdue Calumet this fall.