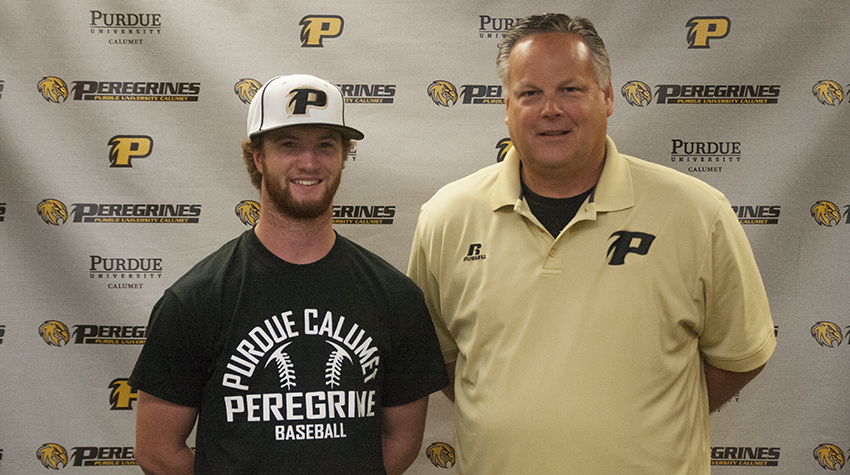 Wagoner (St. John, Ind./Lake Central), a 6-foot right-handed pitcher and middle infielder, helped lead Kaskaskia to a 2015 Region 24 championship and District runner-up appearance. He appeared in six games as a pitcher and recorded a 0.00 ERA in 8.2 innings of work with two saves and six strikeouts.

"Austen will give us a strong presence up the middle, he's an excellent defensive player with a strong arm, and he will be counted on to provide veteran leadership," Griffin said. "We'll look for him to solidify the top of our batting order."

Wagoner batted .266, with 23 runs scored, 26 RBIs, 6 doubles, and a home run as the starting shortstop for the Lake Central Indians' 2012 IHSAA 4A State Championship team in his senior season.

The son of Shelle and Greg Hoffman and Dave Wagoner, Austen plans to major in business at Purdue Calumet.

Wagoner will have two years of eligibility remaining as a Peregrine.