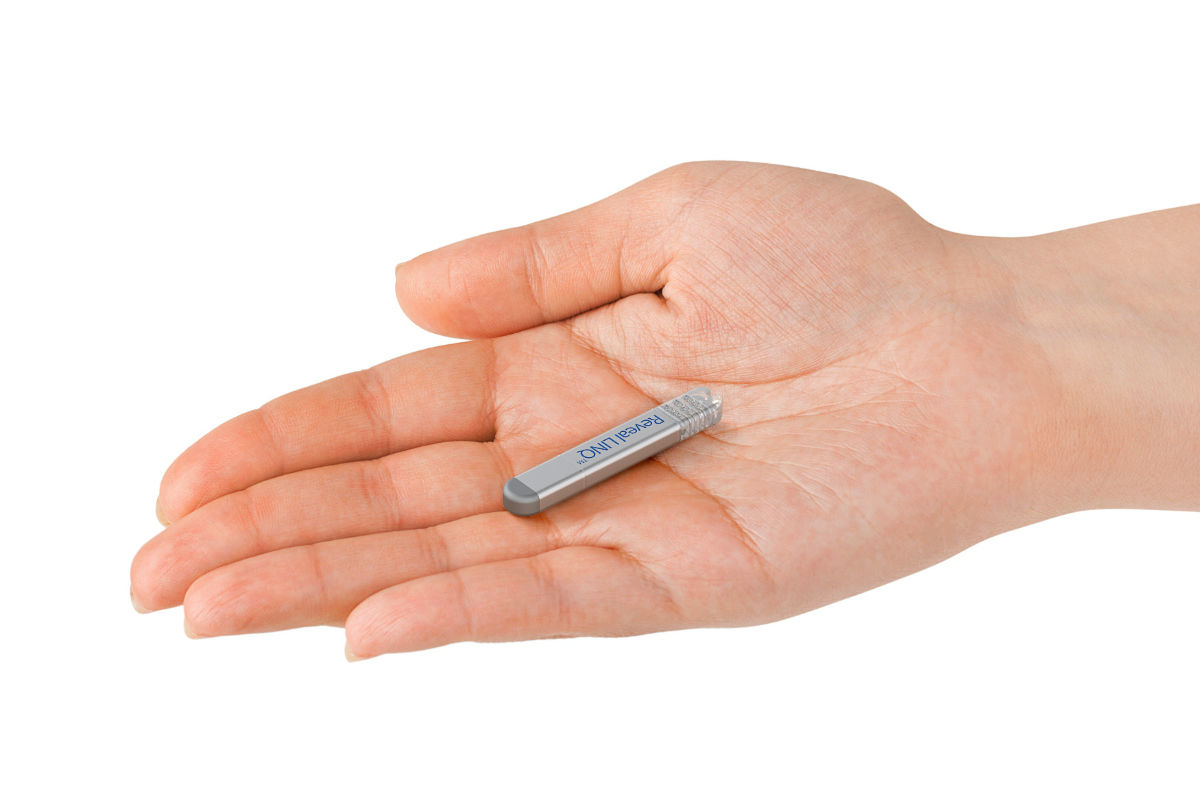 The Reveal LINQ ICM is approximately one-third the size of a AAA battery (~1 cc), making it more than 80 percent smaller than other monitors. While significantly smaller, the device is part of a powerful system that allows physicians to continuously and wirelessly monitor a patient's heart for up to three years. The Reveal LINQ ICM is indicated for patients who experience symptoms such as dizziness, palpitation, syncope (fainting) and chest pain that may suggest a cardiac arrhythmia, and for patients at increased risk for cardiac arrhythmias.

Placed just beneath the skin through a small incision of less than 1 cm in the upper left side of the chest, the Reveal LINQ ICM is often nearly invisible to the naked eye once inserted. The device is placed using a minimally invasive insertion procedure, which simplifies the experience for both physicians and their patients. The Reveal LINQ ICM is MR-Conditional, allowing patients to undergo magnetic resonance imaging (MRI) if needed.

Cardiologist Dr. Sandeep Sehgal was the first physician to implant the new miniature monitor at the Center for Cardiovascular Medicine at Porter Regional Hospital.

This new technology replaces the previous daily holter device monitor – that many patients may describe as cumbersome as it interfered with certain activities, especially sleeping, bathing and showering during the previous study.

In addition to its continuous and wireless monitoring capabilities, the system provides remote monitoring through the Carelink® Network. Through the Carelink Network, physicians can request notifications to alert them if their patients have had cardiac events. The Reveal LINQ system also includes the new MyCareLink ™ Patient Monitor, a simplified remote monitoring system with global cellular technology that transmits patients' cardiac device diagnostic data to their clinicians from nearly any location in the world.

Considered a "heart hospital within a hospital," the Center for Cardiovascular Medicine is located on the first floor of the new Porter Regional Hospital and provides advanced cardiovascular medicine in one centralized location. The center has received national recognition and accolades from the American Heart Association, Blue Cross and Blue Shield Distinction, Society of Chest Pain Centers, and the American Association of Cardiovascular and Pulmonary Rehabilitation. And most recently, Porter become the first health care facility in Indiana to receive full Atrial Fibrillation Certification status from the Society of Cardiovascular Patient Care (SCPC) and was awarded advanced certification in heart failure from The Joint Commission (the first hospital in northern Indiana and the second in the state to receive this honor).