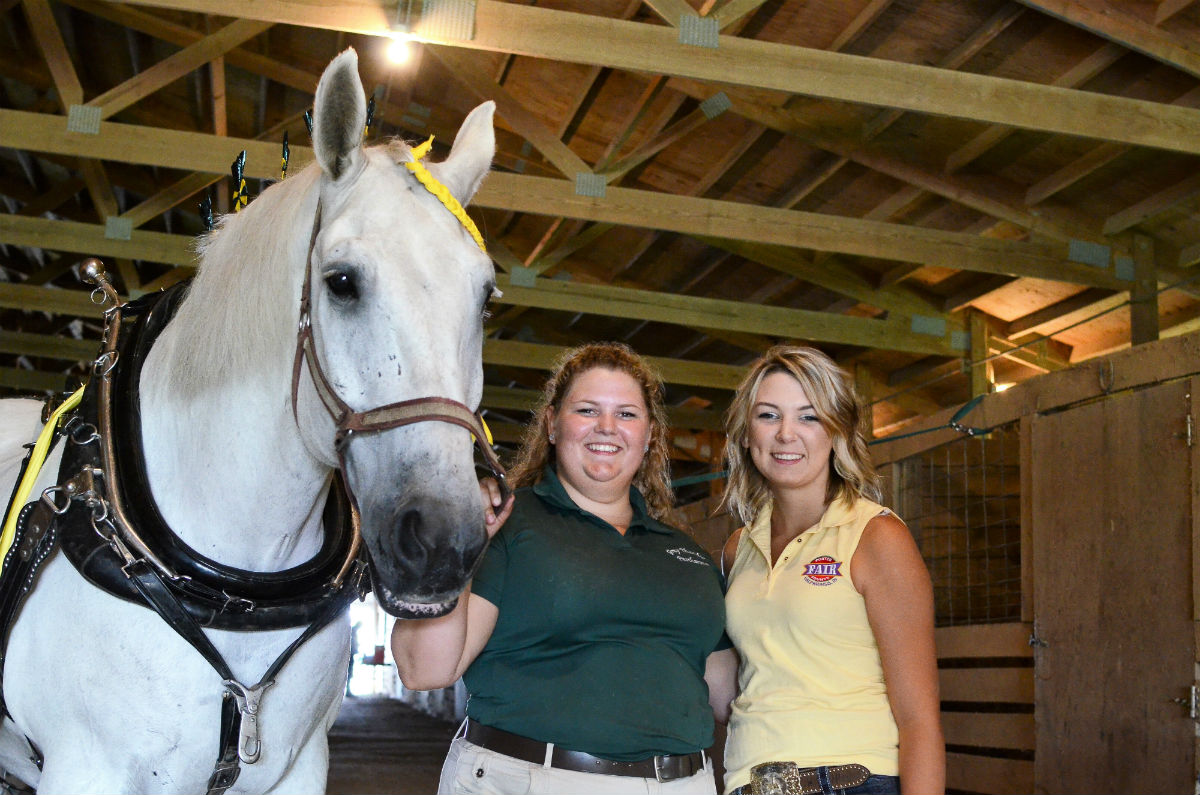 For thousands of Northwest Indiana residents, summertime means "fun time." Time to make memories, get outside and - of course - time to visit the Porter County Fair, now in its 167th year.

“One hundred and sixty-seven years, can you believe it?” says Kara Moon, Vice President of the Porter County Fair Board. “That’s just awesome! We’ve also got some new vendors, which is exciting, and some new entertainment too, with the Rhinestone Cowgirls, a group of professional entertainers, horse trainers and presenters,” said Moon.

The fair features over fifty food vendors - everything from pizza to hot dogs to funnel cakes - and a wealth of rides to thrill even the most hardened coaster-junkie.

“We are happy to have North American Midway back. They always bring a fantastic selection of rides. Speed is a popular favorite, that one’s for the daredevils, and a lot of people really like the Fever Ball,” said Moon. “I try to make sure to get on the ferris wheel at least once each year.”

The fair typically sees upwards of 150,000 people visit each year.

“People come from of course Porter, La Porte and Lake counties, but we even see a lot of people coming all the way from Illinois,” said Moon, who thinks that the overall quality of the fair is really what sets it apart.

“We have clean grounds, first-class entertainment, and a lot of choices for food. We try our best each year to put on a first-class, blue-ribbon fair, and the people here just love it” said Moon.

“It takes a village to pull something like this off,” said Moon, who sent out a big thank you to all the volunteers who worked so very hard to help make the fair possible. “We never could have done it without their help.”

Tiffany Rudziewicz and Kylann, 9 of Valparaiso say that they have been coming to the fair “since forever.”

“I think it’s wonderful to have something like this so close to home,” said Tiffany. “I’ve been coming since I was little, and Kylann has been here every year since she was born.”

Tiffany says that the food is a major draw for her, especially the corn on the cob, but daughter Kylann has a different idea.

Walking along the midway, between food vendors, craft booths and tents and games of skill were Rachel Ewen from Jackson Township and daughter Lilly, 12.

“I was a 10-year 4H member, and I was a volunteer for ten years after that,” said Rachel. “The fair is a huge part of Porter County.”

“Especially 4H - it gives the kids a chance to make new friends, teaches them responsibility, leadership, confidence, organization. It’s just a great program,” said Rachel, who also admits to coming back for the food. “The chicken teriyaki pita is pretty darn good,” she said with a laugh.

Her daughter Lilly likes having the chance to show off her horse at the fair.

The Porter County Fair is held annually at the Porter County Fairgrounds and Expo Center, 215 E Division Rd, Valparaiso. This year, the fair runs from July 20 - July 29. Parking is free, and there is a shuttle to help folks get to the gate. General admission is just $7/adult. Kids under 10 are free. Admission is also free before noon each day, and a 10-punch Value Pass is available for $40.

See you at the fair!