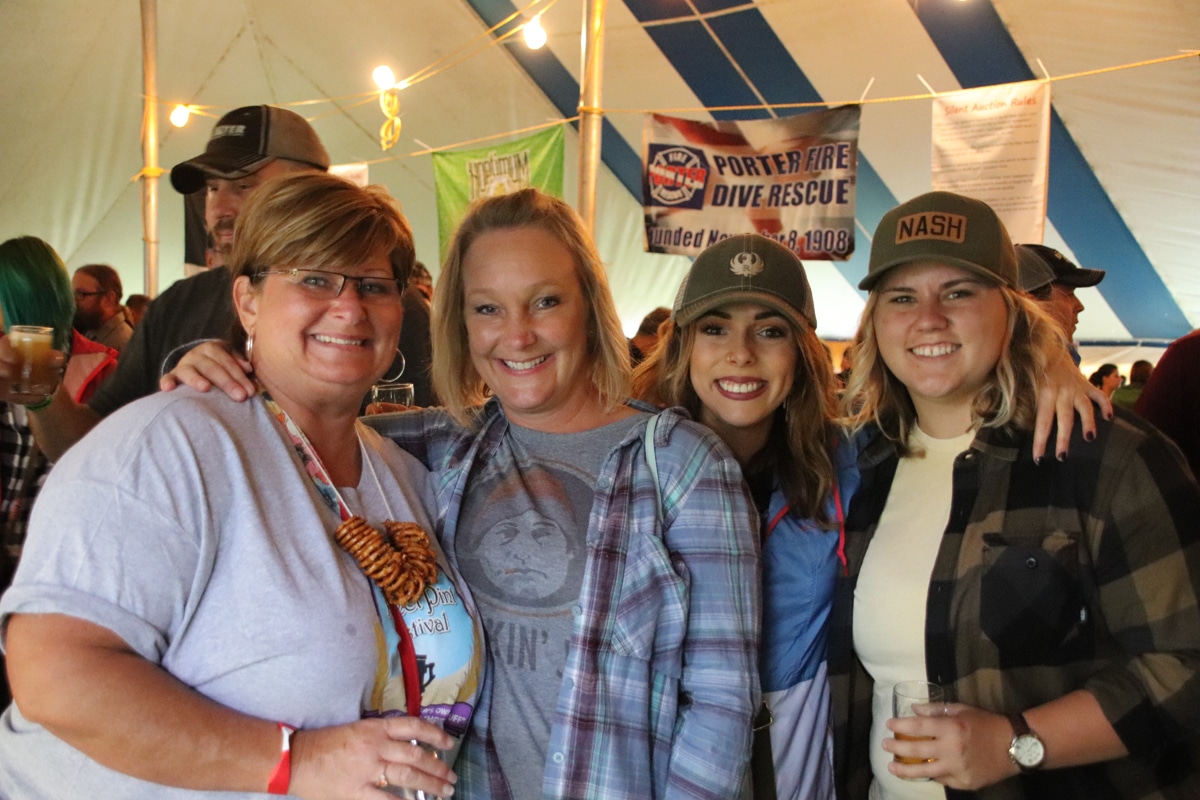 Craft beer lovers stepped out of the rain and joined together at Hawthorne Park Saturday for the 8th annual Porter’s Perfect Pint Fest.

Commemorative tumblers were drained and then flooded, again and again as festival go-ers gathered under tents to shield the rain.

Pat’s Liquors and Leroy’s Hot Stuff conspired to bring the event to the public and have raised more than $100,000 for Porter Fire Department and Porter Parks Department over the past 7 years.

"There’s a lot of beer geeks here who love beer, so this gives them a chance to try new beers and speak to a variety of brewers,” said Liz Tilden, who runs the show over at Pat’s Liquors.

Nathaniel Jones of Valpo, fellow “beer geek”, has been attending the fest for the past two years with his friend. “I love that you can try a lot of different beers, and you aren’t committing to a six pack of something you might not even like.”

Considering the weather, the tent was packed full of friends and beer geeks, who joined in the atmosphere of the festivities. The crowd was buzzing with excitement while trying new brews and rejoicing in their old favorites.

Cherise Traczyk of Chesterton was in attendance with a group of her friends, noting that she bought extra tickets just so she could invite more people.

"We all like craft beer,” Traczyk said, “But I wanted my friends to come because it’s fun and friendly. There are a lot of good people here and everyone gets along so well. Also, I love the music.”

Porter’s Perfect Pint has grooved to the the same live entertainment every year, thanks to the dedication of local legends John Derado and Ron Barany.

“It’s great music and fits the atmosphere,” Tilden said, “but it’s not blaring so everybody can still talk to their friends.”

The event attracts breweries from near and far, working with the brewers themselves and distributors like Indiana Beverage to make sure that attendees get to try some really great finds.

Anna Hanson of Valpo was pulling handles for Mad Anthony’s, serving up their German-style Octoberfest that is currently sold out in their brewpubs. Mad Anthony’s is local to the Fort Wayne area, but is sparsely represented on this side of the state.

“You can find some of our beers at Pat’s Liquors, but it’s good to show a face that goes with something that’s on the shelf,” Hanson said, “We’re well known in the Fort Wayne area, but it’s nice to participate in areas farther from home. We’re happy to bring our brews to the people of Porter County.”

“We work really hard to get brewer representation,” Tilden said, adding a note of thanks to the distributors like Indiana Beverage that push their breweries to participate, “Porter’s Perfect Pint gives visibility to a whole bunch of different breweries, including those that don’t come out this way that often or aren’t represented by a distributer.”

For a taste of some great craft brews, head over to Pat’s Liquors and plan to attend next year’s Porter’s Perfect Pint Fest.”