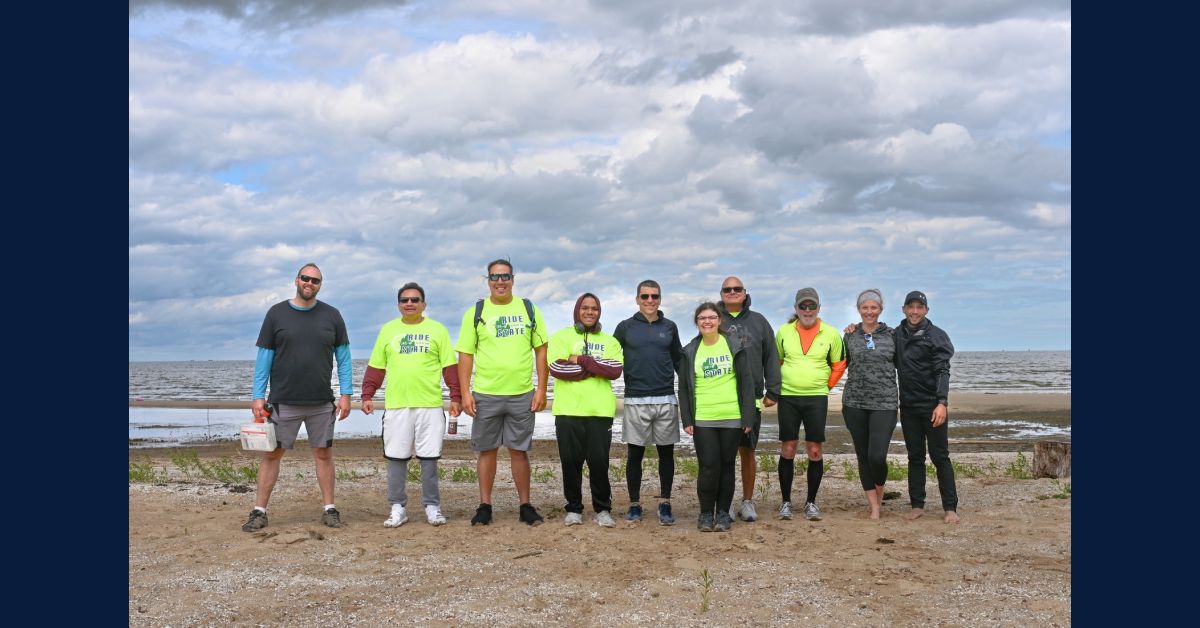 The Pokagon Band of Potawatomi Wellness Center organized and completed its second annual Ride Across the State (R.A.T.S.) on May 21-22, 2022. This 152-mile journey was a collaborative effort to bring health and wellness to the Tribal communities throughout Michigan and Indiana. This migratory trail started on the shores of Lake Michigan in Ludington, Mich. and ended on the beaches of Lake Huron at the Bay City State Park, Bay City, Mich.  There were 21 Native American representatives from three different Tribes who participated in the annual ride.

The ride started when the massive, bellowing tones of the SS Badger horn echoed across the Ludington breakwaters. Cyclists left the shoreline in the shadow of the Gaylord, Mich. tornado. Blustery winds pushed participants past the first two miles of volunteers planting petunias and preparing for the Memorial Day weekend. The excitement and anticipation of the ride got participants through the first thirty miles with only one flat tire and limited disruptions. Cyclists stopped at the trailhead in Baldwin, Mich. for a well-deserved lunch before starting on the 89 miles of Rails to Trails.

Riders started pouring into Clare, Mich. a little after 7:00 p.m. on Saturday evening, after more than ten hours on the trail.  Most participants grabbed a quick dinner and enthusiastically began preparing for the final 52 miles on day two.

Finishing the Ride Across the State was an amazing accomplishment. The riders were a conglomeration of ages, abilities, and experience. The eldest rider, 69-year-old Steve, said this ride showed him that he can do anything if he sets his mind to it and doesn’t quit. He is appreciative of the Pokagon Wellness Center and the opportunities to train and compete in the many events offered by the Tribe. Another rider, John, had a triple-bypass heart surgery at the end of January, but used the ride as extra motivation to recover and get back into his exercise regime. He loved the challenge and is looking forward to his next adventure.

The Pokagon Band of Potawatomi’s sovereignty was reaffirmed under legislation signed into law by President Clinton in September 1994.  The Pokagon Band is dedicated to providing community development initiatives such as housing, education, family services, medical care, and cultural preservation for its more than 5,900 citizens.  The Pokagon Band’s ten-county service area includes four counties in southwestern Michigan and six in northern Indiana.  Its main administrative offices are in Dowagiac, Mich., with a satellite office in South Bend, Ind. In 2007, it opened Four Winds Casino Resort in New Buffalo, Mich., followed by Four Winds Hartford in 2011, Four Winds Dowagiac in 2013 and Four Winds South Bend in January 2018.  The Pokagon Band operates a variety of businesses via Mno-Bmadsen, its non-gaming investment enterprise.  More information is available at www.pokagonband-nsn.gov, www.fourwindscasino.com and www.mno-bmadsen.com.