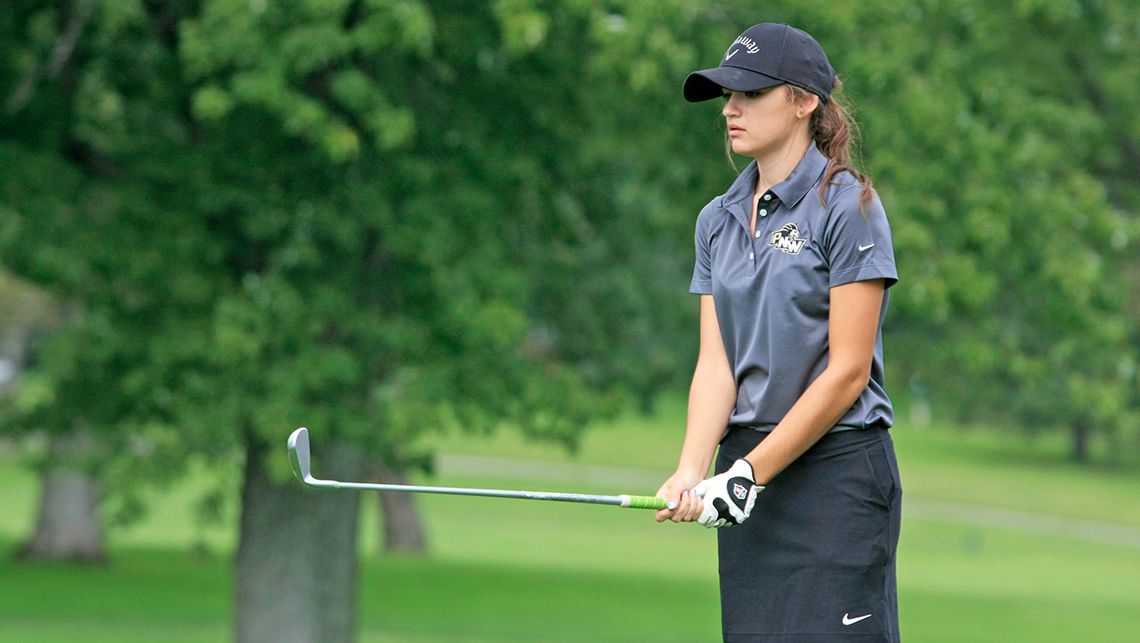 The Purdue University Northwest women’s golf concluded their fall season as the Pride competed at the Davenport Panther Fall Invitational. The team shot a 729 for the two-day event which landed them in third place.

Sophomores Hannah Hyme (Lancaster, Ohio/Bloom-Carroll) and Sydney Valiska (New Lenox, Ill./Lincoln-Way West) both led PNW with her two-round score of 179 which landed them in a tie for 12th place.

Junior Meaghan Spalla (Crown Point, Ind./Boone Grove) was the next finisher for the Pride as she shot a 191 for both rounds which landed her in 15th place.

Sophomore Libby Huston (Yale, Mich./Yale) finished tied for 17th after shooting a 190 during both days to round out the scoring at the invitational. Rounding out the competitors for PNW was freshman Taylor Martin (Fort Wayne, Ind./Bishop Dwenger) who recorded a 216.