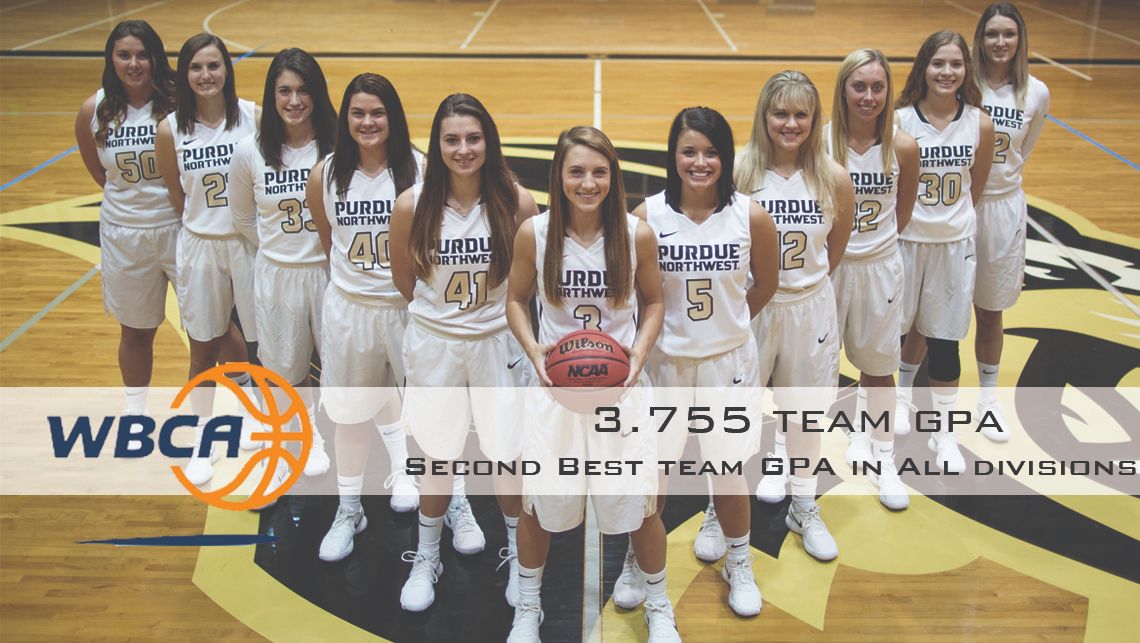 The Purdue University Northwest women’s basketball program showed their dominance in the classroom during the 2017-18 academic year, earning the second best GPA in the nation in back-to-back years after the Academic Top 25 Team Honor Roll was announced by the Women’s Basketball Coaches Association on Tuesday.

The Pride earned a 3.755 GPA, which was second out of all the respective divisions, including NCAA Div. I, Div. II, Div. III, NAIA and junior/community colleges.

“Academics come first here in the athletic department and I am very proud of the way our team continues to push themselves in the classroom,” head coach Tom Megyesi said.

“We continue to develop strong leaders and it’s a tribute to the kids hard work and high goals they set for themselves.”

Michigan Tech, another Great Lakes Intercollegiate Athletic Conference program earned the top honor in the nation with a 3.796 GPA.

“On behalf of the Purdue University Northwest coaches, faculty, and staff, congratulations

to the PNW Pride Women’s Basketball Team on this amazing academic achievement! The Pride are Students First and Athletes Second.” Director of Athletics Rick Costello said.

“Achieving the second highest GPA in the nation for the second consecutive year is a wonderful accomplishment and therefore, the Pride have much in which to be proud!”

The WBCA Academic Top 25 recognizes NCAA Division I, II and III; NAIA and junior/community college women’s basketball teams across the nation that carry the highest combined GPAs inclusive of all student-athletes on their rosters for the entire season. This marks the 23rd season in which the WBCA has produced the honor rolls.

For the full release from the WBCA click here: https://wbca.org/about/press-releases/wbca-announces-2017-18-academic-top-25-team-honor-rolls