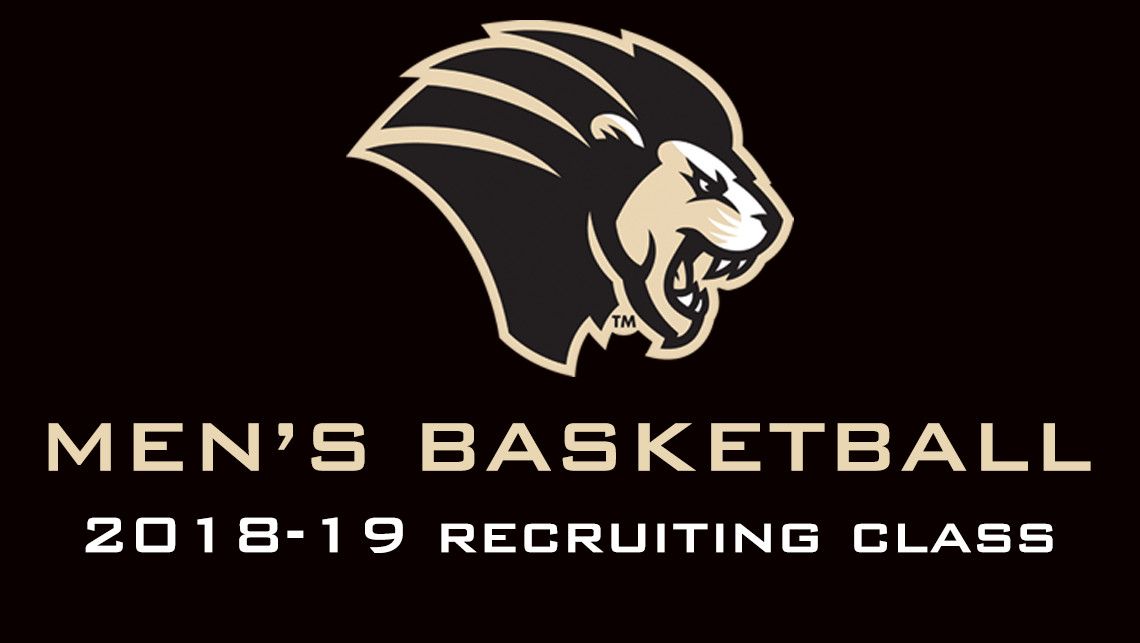 Embarking on the second season as a member of the Great Lakes Intercollegiate Athletic Conference (GLIAC), first-year Men’s Basketball coach Boomer Roberts recently announced the addition of ten incoming student-athletes as a part of his first recruiting class.

“As a coaching staff, we feel great about the guys who are joining our returning team," said Roberts. "We’ve targeted tough competitors who love the gym and take their academics seriously. We’ve added length, athleticism, playmaking, and depth, which are all necessary to compete every night in the GLIAC. Most importantly, we are fired up on the character of the guys, which is crucial for being In The Fight. We understand the challenge that is ahead of us, but our basketball family will be fearless and compete with love, joy, and toughness every day.”

Cade Albers (Westville, IN)
Albers was a two-time Porter County Conference Player of the Year at Westville High School and is the school’s all-time leading scorer with 1,412 career points. He led the Blackhawks to the IHSAA Class 1A State Championship game and averaged 21.6 PPG and 8.8 RPG during his senior season under head coach Nathan Mrozinski.

“Cade is the all-time leading scorer at Westville High School, but he values winning above anything else. Cade has a strong competitive spirit, shoots it from deep, and is a good athlete who is excited about this opportunity to keep getting better. Off the court, he is a great student who will represent our PNW Basketball family well.”

Greg Boyle (Chicago, Ill)
Boyle was a four-year letter winner at Phoenix Military Academy and is the school’s all-time leading scorer. He was a two-time Blue West conference player of the year and was all-conference all four years. Greg was named IBCA third-team All-State his senior season as he averaged 30 PPG, 5 APG, 5 SPG, and 4 RPG. Greg redshirted last season at Trinity International University under coach Roberts.

“Greg will be a great addition to our program, a guy who will be well-liked by his teammates and coaches because of the way he approaches every day. He is a very good athlete with the typical competitiveness, toughness, and fearlessness of a Chicago guy. A talented scorer and playmaker on both sides of the ball, Greg won’t back down from anyone, and as he gets healthy, will be a big part of our family moving forward.”

Tim Gilmore (Palmdale, CA)
Gilmore was a four-year letter winner at Palmdale High School, and averaged 13.5 PPG, 2.1 APG, 5.8 RPG, and 2.1 SPG his senior season. He then played two seasons at Antelope Valley College, where he averaged 8.6 PPG and shot 43.1% from three-point range. Gilmore made both the all-conference team and the Dean's List during his time with the Marauders.

“We are thankful Tim chose to join our program, as he brings maturity and experience to our roster, along with the ability to stretch the floor and knockdown shots from deep. Tim is a great teammate who is all about winning, and he will compete with anyone, anywhere to help his team move forward. Off the court, Tim is an impressive guy who is very good in the classroom and will set an example for the younger guys every day.”

“We are very excited to coach Durante, as we love what he brings to our program on and off the floor. Tae is a big-time athlete who is relentless on the glass and very good in transition. He is a versatile defender who can guard every position, and is evolving as a vocal leader who we believe our guys will follow. We have high hopes for Tae, and we’re very fortunate to have him and his family as a part of our program.”

Brennon Palmer (Placentia, CA)
Palmer was a four-year letter winner at Valencia High School and was named First-Team All-League and a team captain for the Tigers. He helped lead his team to the Quarterfinals of the 2015 CIF Southern Section Division 1A Playoffs. Brennon averaged 12 points and 5.2 rebounds during his two seasons at Cypress College and maintained a 3.6 GPA during his time with the Chargers.

“Brennon is going to make an immediate impact on our program as a leader and a guy who will bring an attitude of toughness and togetherness. Brennon is an elite defender who will make us tougher in every practice and every game. We love his personality, and he is a high-character guy and a great student. Brennon was well coached by a good friend of mine at Cypress JC, Drew Alhadeff, who prepares guys for this level as well as anyone I know.”

Brennan Schofield (Fishers, IN)
Schofield spent his first two prep seasons at Hamilton Southeastern High School in Fishers, Ind. and was named an IBCA Top 100 selection in both years. He was also voted to the all-county team his sophomore year. Brennan played his junior season at Spire Academy in Ohio, averaging 14 PPG, 6 RPG, and 1.8 BPG, before spending his senior season with IMG Academy in Florida, averaging 6.3 PPG and 4.2 RPG.

“Brennan has a chance to earn significant minutes as a freshman, because of his combination of size and skill. We are impressed with his ability to make plays for himself and his teammates, and he is a very good rebounder on both ends. As he gets stronger physically, we believe Brennan is going to be a difficult matchup. Brennan has a great personality, and is hungry to change the image of PNW Basketball.”

Dean Tate (Indianapolis, IN)
Tate was a four-year letter winner in both football and basketball at Warren Central High School and led the Warriors to the 2018 IHSAA Class A State Title, scoring a game-high 22 points. He was named to the Indiana All-Star Team after averaging 11.9 points and 2.3 assists during his senior season. He also competed in the 2018 Indiana North-South All-Star football game, catching nine passes for 102 yards and a touchdown.

“Dean had a very impressive high school career, earning the recognition as an Indiana All-Star. Dean was the starting point guard on the undefeated state championship Warren Central squad, and will have the opportunity to make an immediate impact on the floor as a freshman. Everything about the young man oozes winning and toughness, two things that can’t be measured by physical stature. Dean is a big-time shooter, a relentless competitor, and he plays with a chip on his shoulder, which I love.”

Aaron Twist (West Frankfort, Ill.)
Twist competed in 52 games and started 17 during his two seasons at John A. Logan College, who finished last season ranked 22nd nationally in NJCAA Divison 1. He helped lead the Volunteers to the Great Rivers Athletic Conference title in 2016. Twist is also a member of Phi Kappa Theta, an exclusive academic honor society for two-year colleges.

“Aaron is a welcome addition to our squad, and will be a great fit at PNW. He is an elite student, and a grinder who is excited about leaving his mark on our basketball program. As a true big, Aaron plays really hard and battles in the paint on both ends, and will give us necessary size in the trenches. We believe his best basketball is ahead of him, and he is committed to improving and giving everything he has to his teammates and coaches. “

“AB’s tools give him a chance to be a fantastic player, and his versatility and athleticism give our program great lineup options. Anthony can shoot it, handle it, and make plays for his teammates, and we believe he can be an excellent defender at the college level. We love his confidence and demeanor, and we excited about his future with PNW Basketball.”

“Chase played for a great high school coach in one of the toughest conferences in Ohio, which will help him make the transition to the NCAA D2 level. Chase is a playmaking point guard, and he can be disruptive on the defensive end as well. Chase is hungry to compete and improve every day, and we look forward to coaching him this season.”

The Pride will open up their season November 9th when they face Rockhurst University as a part of the Cross Conference Classic.