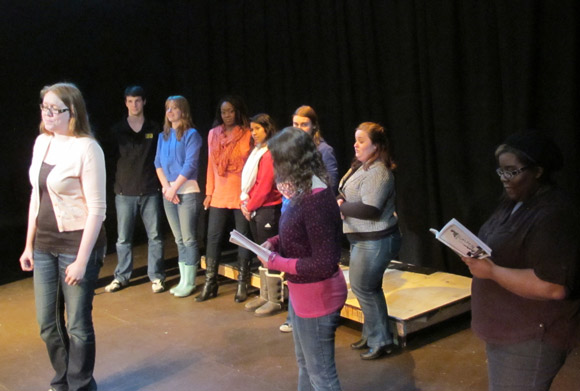 Purdue University North Central students will present "An Ideal Husband" by Oscar Wilde at the Mainstreet Theatre, 807 Franklin St., in Michigan City. The public is invited to the performances on opening night Saturday, April 5, at 8 p.m.; Sunday, April 6, at 3 p.m.; Friday, April 11 at 8 p.m. and Saturday, April 12 at 8 p.m. Tickets are $10 for general admission and $5 for students presenting a valid student ID.

"An Ideal Husband," by Oscar Wilde, marries comedy, drama, and political corruption in an on-stage performance. Throughout the four act play, Wilde uses sophisticated language that delivers the seamless groundwork so the audience can explore the relationships of the upper-class and consequences of their decisions. The plot focuses on a blackmail plan that forces a married couple to reassess their ethical principles. A supporting cast of society matriarchs, young paramours and a formidable female character exchange clever banter, keeping the momentum of the play energetic and lively.