The Kesling's $1 million donation is the largest cash donation that PNC has ever received.

"We are thrilled that the Keslings have chosen to support PNC with this significant gift," said PNC Chancellor Dr. James B. Dworkin. "This gift is a turning point for Purdue North Central. The Kesling name will be a permanent part of the building and will serve as a daily reminder to our students, staff, faculty and guests of the Keslings' support and their commitment to PNC and our community."

With this gift, the Keslings have the naming rights to the SSAC gymnasium. The "H.D. Kesling Gymnasium" will be named in honor of Dr. Kesling's father.

"We are excited to be supporting the new Purdue North Central Student Services and Activities Complex and naming the H.D. Kesling Gymnasium in honor of my father," said Dr. Kesling. 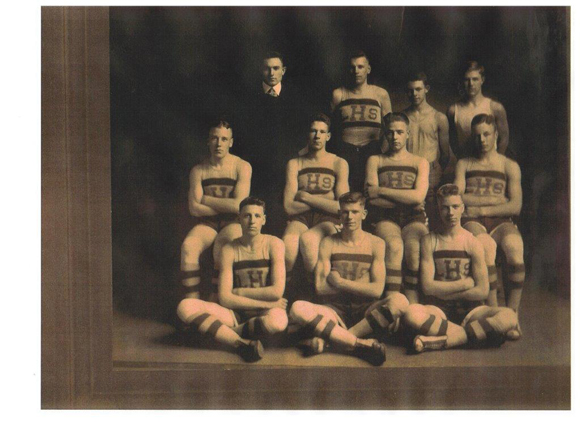 "He, among other things, had the foresight in 1959 to develop the Orthodontic center in a cornfield at the interchange of the Indiana Toll Road and U.S. 421. PNC has been our good neighbor across U.S. 421 since 1967. It has been a great pleasure watching it grow during the past 46 years."

Dr. Kesling explained that his father was an outstanding high school basketball player in Logansport and he was a member of a team that made it to the 1918 - 19 state quarterfinals.

"When recounting those days, he always added the fact that he was not a good student and the only reason he buckled down and raised his grades was so that he could be eligible to play," he recalled.

"Therefore, if it wasn't for basketball, he might have stayed down on the farm and never had the opportunity to attend college. However, he continued his excellent study habits, graduated from Loyola Dental School and in 1924 began practicing dentistry in LaPorte. This is why all of the Kesling family will be proud to have his name associated with the new gymnasium. His story may also serve to inspire future students during their academic years."

The Kesling family is well known for its entrepreneurial success as well as for its philanthropy.

"The Keslings are committed to making our community a better place to live," said Dworkin. "Their generosity has benefitted countless thousands of people through the years. In making this donation, we are assured that PNC students for generations to come will have the benefit of enjoying the H.D. Kesling Gymnasium."

As planned, the Student Services and Activities Complex carries a cost of $34.7 million. The state will provide $24.7 million, or approximately 70 percent of the debt service. Student activities fees will generate $6.3 million and cover another 20 percent of the project. PNC fund raising will bring in the remaining $3.7 million

Dworkin noted that the local fundraising effort has achieved more than 80 percent of its goal and donations of all amounts are welcomed. Many building naming rights remain available as well.

Groundbreaking is expected to take place in October, 2014 and the tentative completion date is October, 2016.

Anyone who would like to make a donation may contact Dworkin at jdworkin@pnc.edu or Melissa Westphal-Benefiel, PNC Director of Development, at mwestpha@pnc.edu.