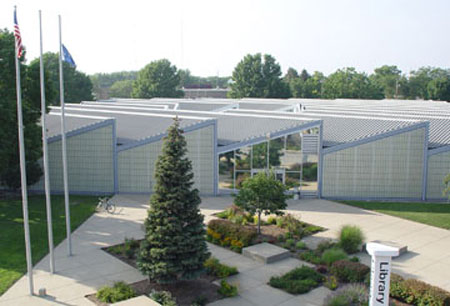 Purdue University North Central Odyssey Arts and Cultural Events Series, with the Michigan City Public Library and the Irving Levin Jewish Cultural Fund of Sinai Temple, will present a Jewish Film Festival on Saturday, April 5 from 2 to 5:45 p.m. and Sunday, April 6 from 1:30 to 5:30 p.m. at the Michigan City Public Library, 100 E. 4th St., Michigan City. The film festival is free and open to the public. Refreshments will be enjoyed during a coffee klatch and cake break.

The Film Festival covers two afternoons of great and varied films that will inform and inspire, featuring an Israeli Secret Service agent and his teenage informant; a young American's trip to the Ukraine to meet the woman who saved his grandfather; a German child trapped by WWII and the Jewish refugee hidden in her home and Mrs. Goldberg, the popular radio and first Emmy Award-winning actress, who was also a production maven and fought the Hollywood Blacklist during the McCarthy era.

The films being shown on Saturday are:

"Bethlehem" (2013) Rated R. The complex relationship of an Israeli Secret Service officer and his teenage Palestinian informant is this tense drama's theme. It was Israel's entry in the Academy Awards' Foreign Language category and winner of seven Israeli Film Academy awards, including Best Picture.

"Everything Is Illuminated" (2005) Rated PG-13. A young American travels to Ukraine in search of the woman who saved his grandfather during World War II. The story, based on the book by Jonathan Safran Foer, is by turns hilarious, touching and sad. Written and directed by Liev Schreiber and starring Elijah Wood.

The films being shown on Sunday are:

"The Book Thief" (2013) Rated PG-13. Trapped in World War II Germany, young Liesel finds solace in stealing and sharing books with others, including the Jewish refugee being hidden behind the stairs in her home. It is based on the book by Marcus Zusak.

"Yoo Hoo, Mrs. Goldberg" (2009) unrated. In addition to playing iconic Molly Goldberg on radio and television, the remarkable Gertrude Berg wrote all 12,000 scripts, ran her own production company, was voted the second most popular woman in America (after Eleanor Roosevelt), received the first Best Actress Emmy and was active in fighting the Hollywood blacklist. This documentary is filled with clips from "The Goldbergs" shows, and interviews with fans such as Susan Stamberg, Norman Lear and Supreme Court Justice Ruth Bader Ginsberg. It is being presented in cooperation with the National Center for Jewish Film.

Purdue University North Central Odyssey Arts and Cultural Events Series features events throughout the year. A schedule of events can be found at www.pnc.edu. For more information about these films, or any event in the Odyssey series, contact Judy Jacobi, assistant vice chancellor of Marketing and Campus Relations at 785-5200, ext. 5593.