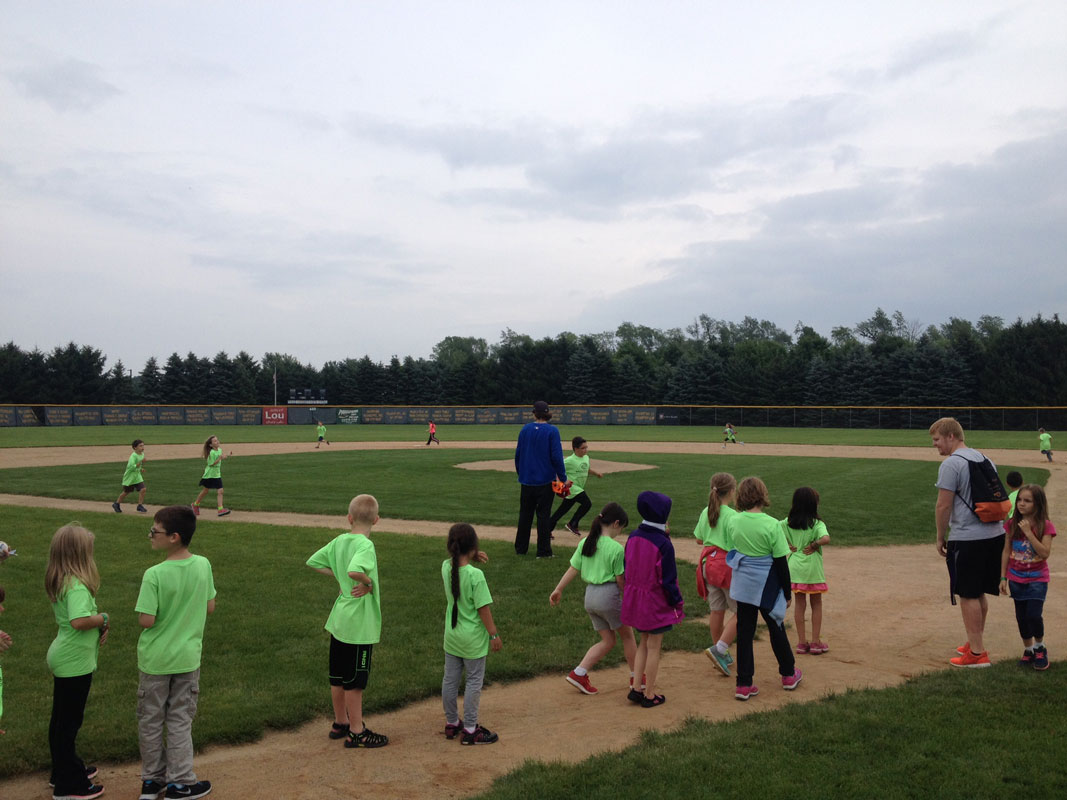 The Purdue University North Central Panthers baseball team and Michigan City Lakers summer baseball team joined forces to provide a day of fun and learning for a group of 40 youngsters from the Porter County Boy and Girls Club Day Camp.

The group of players from the two teams took time out of their summer break to teach the children, ranging in age from 6-11 years old, the basic fundamentals of baseball.

The children enjoyed a day at Hicks Field on the PNC campus learning skills including proper stretching, hitting, throwing, base-running and infield and outfield defense. The Boys and Girls Club members earned some souvenirs as winners of contests.

“The camp also provided an opportunity for the Panther and Laker players to pass on their knowledge and love of the game to the youngsters to hopefully inspire them to follow in their footsteps, said PNC baseball coach Shane Prance, who also pitches for the Lakers. “It also put things into perspective for the players and made them think back to when they were just kids growing up playing baseball for fun.”

Andy Kovarik, a Crystal Lake, Ill., native who will be a senior for the Panthers this season and also plays for the Lakers, was one of the many players who spent the day to teaching the youngsters.

"It was great to feel like I made an impact on the kids teaching them a sport that I love to play," Kovarik said, "I think they had a lot of fun, learned a lot and saw that as they practiced more, the better and better they got. It was a great experience and I had a lot of fun myself."

“Both teams value the opportunity to give back to the community and doing it through baseball was a win-win for both programs,” said Prance.