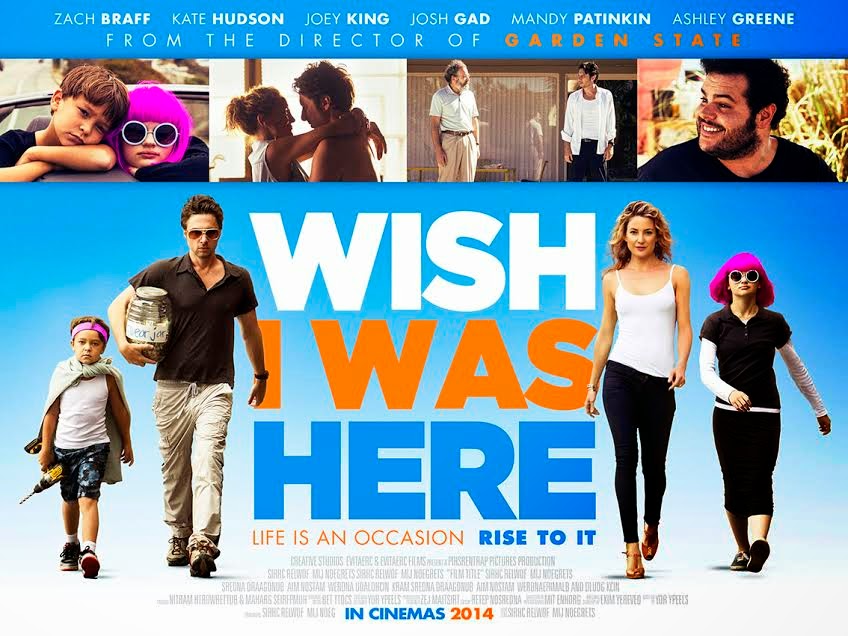 “Wish I Was Here” is Zach Braff’s follow up to “Garden State.” Written by Braff and his brother Adam Braff, the film stars Zach Braff as Aiden Bloom, a struggling actor. Kate Hudson stars as his wife. Mandy Patinkin plays Aiden’s dying father.

The family home schools the Bloom’s children when they can no longer afford their private school tuition. Aiden takes the children on a series of outings as part of their “education.” Aiden is unwilling to give up his dream of becoming an actor and unsure of how to face the looming death of his father. Added to the mix is his brother who hasn’t spoken to their father for a year.

“The Hollywood Reporter” reviewed the film following its premiere at the Sundance Film Festival, describing it as a “funny and emotionally satisfying tale of thirtysomethings trying to come to terms with life itself.”

“The L.A. Times” notes that the movie brings together “thematic notions about parenting, family, male maturity and Jewish identity.

The Odyssey Arts and Cultural Events Series features various events throughout the year. A complete schedule of events can be found at www.pnc.edu. For more information about this film, or any event in the Odyssey series, contact Judy Jacobi, PNC assistant vice chancellor of Marketing and Campus Relations, at 219-785- 5593. Persons with disabilities requiring accommodations should contact Jacobi.