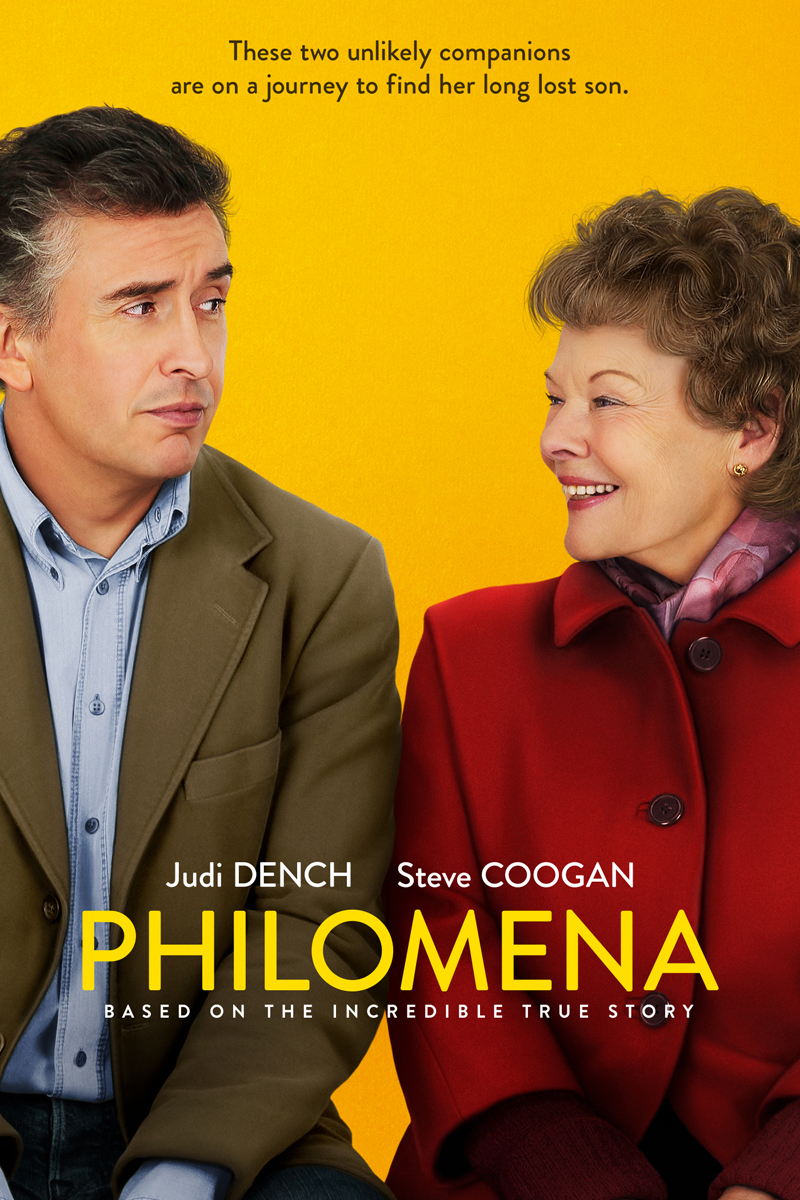 Based on the Marth Sixsmith book "The Lost Child of Philomena Lee" the film gathered wide acclaim for telling the true story of Philomena who in 1952 Ireland was pregnant and unmarried when she was sent to live with the nuns at the Sacred Heart Content, in Roscrea, Ireland. She and other girls were doomed to work in the prison-like convent laundries that were the subject of the 2002 film, "The Magdalene Sisters."

Philomena, who only saw her young son for an hour a day, was powerless when the nuns handed the three year old to an American couple. Philomena was forced to sign a document promising to never inquire about her son and when she did search for him 50 years later, she was told all records were lost in a fire.

Dench portrays Philomena who was in her 70s when she and Sixsmith began the quest to find her son Anthony. They eventually traveled to Washington D.C. where Anthony worked in the Reagan administration.

"The Los Angeles Times" described Dench's performances as "genius work" underscoring the tenacity of faith in the face of "unfathomable cruelty."