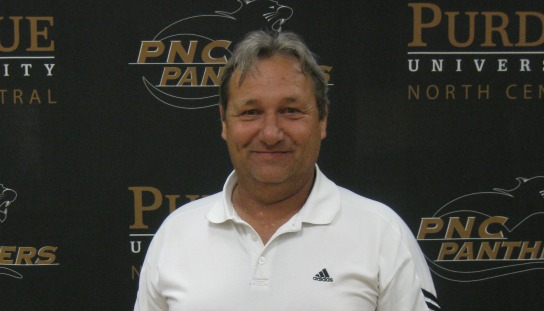 Presnell Hired to be PNC V-Ball’s Man of Steel
John Presnell was recently named as the fourth head coach ever in Purdue North Central volleyball history.

Presnell brings with him a wealth of volleyball coaching experience at the club and high school levels. John has spent 40 years overall in the volleyball realm as both coach and player. Of those 40 years he has spent his past 21 years coaching with Dunes Volleyball Club.

He has accomplished many things in volleyball, from an Indiana State High School Championship in 1977, to dozens of indoor and outdoor championships in adult tournaments. While coaching for Dunes he has led his 16 club division age group to Junior Olympic Nationals Championships in both 1999 and 2006 while accumulating eight top ten finishes throughout his career.

“We’re very excited to have someone with as much knowledge and success as John to serve as both a teacher and (head) coach of the game of volleyball here at PNC,” said Athletic Director Tom Albano. “He will be a fundamental piece in developing and promoting girls and the team to reach their full potential and to take PNC Volleyball to the next level. Great things are ahead for both John and our program.” 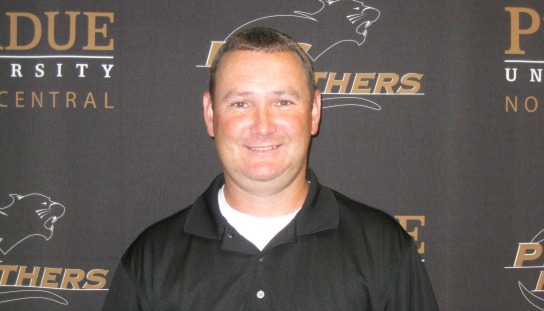 Myers Hones in on Head Coaching Job
Eric Myers was recently named as the new head coach for softball at Purdue North Central. Myers succeeds longtime coach Jeff Boardman who coached the team through the past nine seasons.

Myers, who started and created the very successful Indiana Stealth Travel Organization in 2008, started coaching softball 12 years ago and has developed a love for the game. He has coached travel ball for 10 years and High School for two years. He has a penchant for building teams and programs focused on the fundamentals and successfully accomplished just that with the creation of the Stealth where he increased competition in the Delaware County area.

Guided by the Muncie native, the Stealth have won two National Championships while qualifying for 3rd place, 4th place and 7th place finishes at the National tournaments. They also have won two State Championships and two state runners up finishes during that time span.

"I am looking forward to making PNC the team to beat by bringing my love, passion and enthusiasm to the team," says Myers. "These things are contagious and make for a great start to building a great team. I am excited to be a part of this program and am looking forward to a great future here."

“We’re excited to usher in a new era of softball at Purdue North Central,” Albano said. “We expect great things to come under Eric’s leadership. His recruiting skills and love for the game will translate nicely towards creating a winning tradition with on the team."

Myers has been married to wife Shelly for 20 years and has two daughters, Katelyn and Kerri. The family of four will be moving to the South Bend area soon and making that their new home.