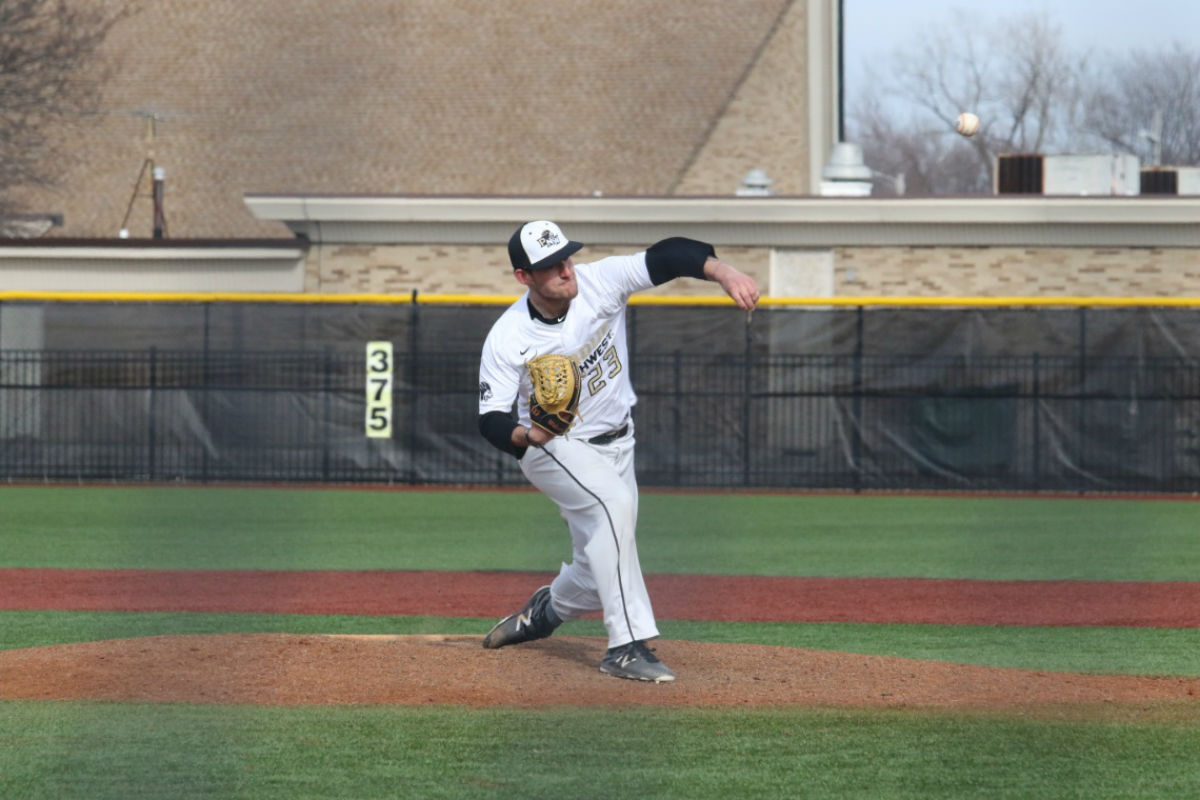 Led by a win (1-0) on the mound by sophomore Jordan Petty (Fort Collins, Colo./Highland), the pitching staff for Purdue Northwest had an impressive day allowing just one run over nine innings in a 4-1 victory over Lewis University (Ill.) Tuesday afternoon in non-conference baseball action at Albert’s Diamond Jewelers Field in Dowling Park in Hammond, Ind. The Pride never trailed in the game jumping out to an early 3-0 lead over the first three innings.

Junior Jade Doyle (Greenwood, Ind./Center Grove) got the start for PNW Tuesday and pitched 4.1 innings allowing just two hits, one run (earned) and two walks with five strikeouts. Petty threw the next 2.2 frames and allowed just two hits. Sophomore Caden Bell (Hammond, Ind./Hammond Academy of Science & Technology) pitched 1.1 innings for the Pride giving up two hits, no runs and two walks with a strikeout. Freshman Brandon Haczynski (Crown Point, Ind./Crown Point) earned the save (2) getting the final two outs allowing no hits, no runs and a walk with a strikeout.

Sophomore Alex Batistatos (Hobart, Ind./Hobart) got the scoring started for Purdue Northwest driving home junior Austin Kordik (West Chicago, Ill./Community) from third base on an infield groundout in the bottom of the first inning. Sophomore Hunter Thorn (Portage, Ind./Portage) hit a RBI double down the right field line in the bottom of the second to put PNW up 2-0. Batistatos drove in another run in the third inning on a fielder’s choice to extend the lead to 3-0.

The Flyers scored their lone run of the game in the top of the fifth inning on RBI single to shallow left field with the bases loaded and one out. However, Doyle got the two batters out on an infield fly and infield groundout to get out of the jam. Kordik scored the game’s final run in the bottom of the seventh when he stole third base and scored on a throwing error by the catcher.

Lewis loaded the bases in both the eighth and ninth innings, but Bell and Haczynski got the key outs when it counted to preserve the 4-1 victory. Junior Larry Crisler (Gary, Ind./Snead State CC/Bishop Noll) and freshman Kevin McCune (Munster, Ind./Andrean) both finished with two hits to lead the Pride offensive attack.