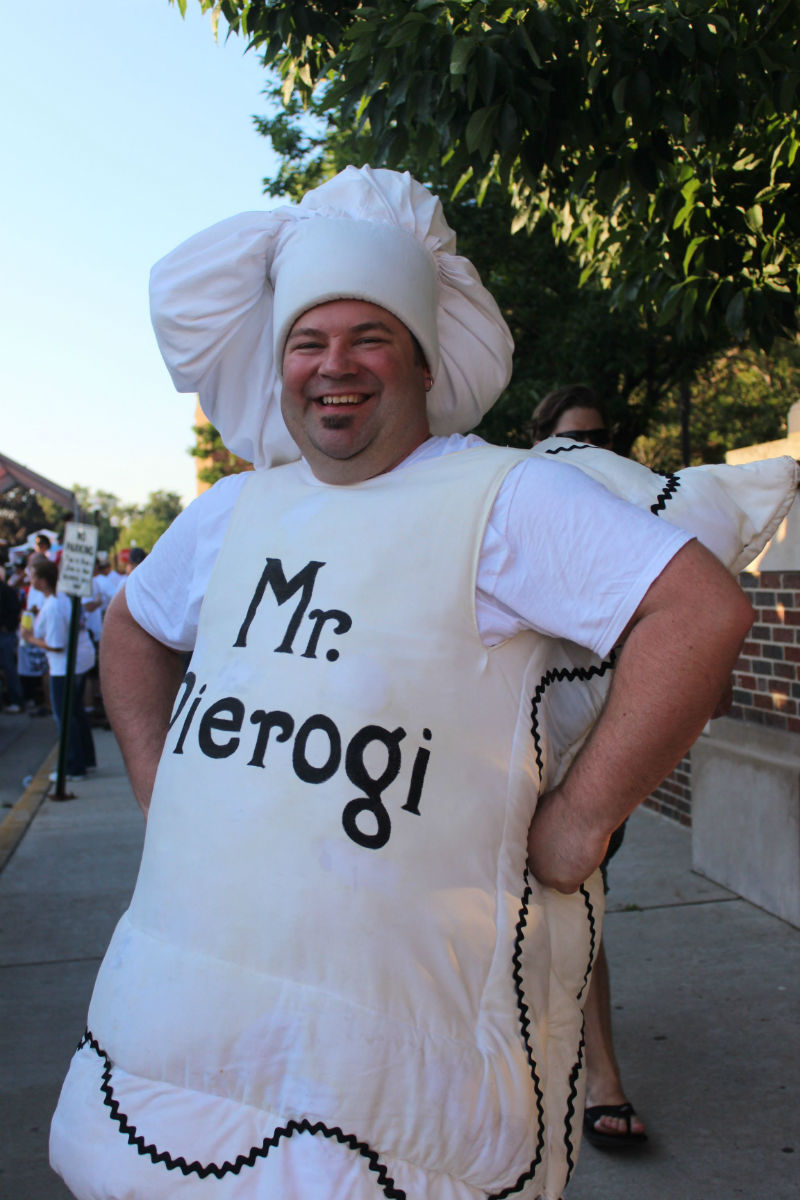 In an attempt to demonstrate its mastery (or lack thereof) of the most cutting-edge technology, organizers of this year’s Pierogi Fest® (July 24-26 in Downtown Whiting) will rely on anything but technology by creating a wayfinding system using clothesline mounted signage.

“With 275,000 attendees traditional signage just isn’t visible,” noted Tom Dabertin, chairman of Pierogi Fest®. “We think that the clothesline mounted signage will work quite well, unless we get invaded by giants!”

In addition to the new signage, organizers will once again provide real flush toilet trailers for the convenience of festival “goers” (get the pun?). These air-conditioned trailers, affectionately known as “Pee Rogi Stations,” can be found throughout the festival. This year, they will be adorned with giant 6-foot diameter lighted toilets so those in quick pursuit can find their way.

Generating the aforementioned needs are a variety of new food vendors, expanding the wide-variety of food for which the festival is known. This year’s festival features more than 75 food vendors making, it one of the largest food festivals in the Midwest (non-fair), with approximately 20 pierogi vendors, and has been named by TripAdvisor as one of the wackiest festivals on the planet! In addition to all kinds of delectable food, the festival also features 100 arts and crafts booths, 25 specialty vendors (also known as Chotchkie or tchotchke, or just stuff people buy) a massive and enlarged beer garden, and music and entertainment for everyone.

The festival offers pierogis that have been deep fried, boiled, fried and baked, stuffed with everything from cheese to meat, to even alligator. Food vendors come from: Pennsylvania, Ohio, Michigan, Minnesota, Tennessee and Florida, as well as Indiana, Illinois and the Chicago-Northwest Indiana area.

Pierogi Fest® kicks off Friday, July 24, and runs through Sunday, July 26, and draws more than 275,000 visitors. This nutty, off-the-wall festival has won all sorts of acclaim. In addition to TripAdvisor, Pierogi Fest® has been named by Oprah Winfrey as one of her favorite things to do for five years straight; named as The Times of Northwest Indiana’s Best Festival for ten consecutive years; a Blue Ribbon Festival of Summer in 2013 by Yahoo.com; featured on The Food Channel, Travel Channel, television stations throughout the United States, CNN, and television stations in Germany, Slovakia, Poland, China and Australia. It is also rumored that coverage of the festival is very popular with extraterrestrials.

For more information regarding the festival, contact the Whiting-Robertsdale Chamber of Commerce at 219-659-0292, or Tom Dabertin, chairman, at 219 218-2735. Smoke signals are also acceptable as long as you do not use coal.