Phil Mason of Michigan City High School in Michigan City, Ind. has been named the Colts/NFL Coach of the Week, a program presented by Anthem Blue Cross and Blue Shield, the Indianapolis Colts announced today.

Mason was nominated and selected for the award after leading the Class 5A No. 4 Wolves to a 52-8 victory over LaPorte. Michigan City has won four straight games and has outscored opponents 192-49 over that span.

The following coaches were recognized as honorable mentions for Week 8: 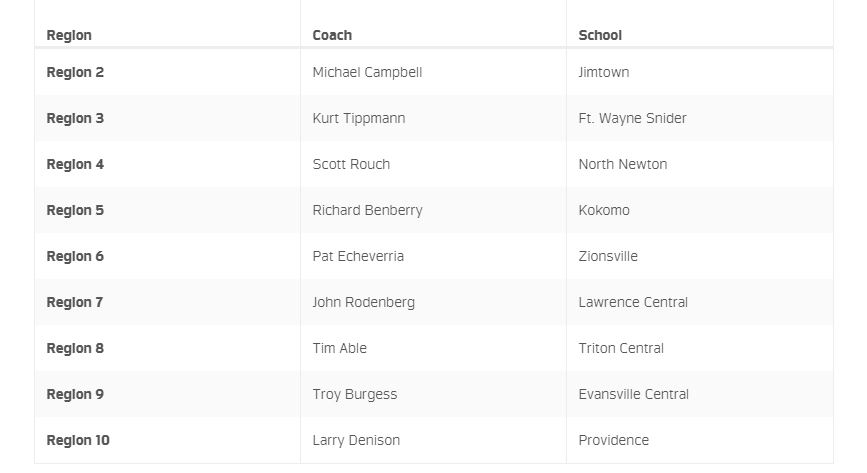 The 2018 season marks the 19th year the Colts are recognizing outstanding Indiana high school football coaches through this program.

All high school head coaches in the state are eligible regardless of their school size, league or division. Coaches are evaluated on various factors including the coach’s impact on his team, school and community, as well as performance of the team. The honorees are selected by a panel of football media, former athletic directors and other football representatives from across the state.

Each Monday following a high school football weekend, one coach will be announced as the honoree. At the end of the high school season, each honoree will receive a $1,000 donation from the NFL Foundation, as well as a framed certificate signed by NFL Commissioner Roger Goodell and Colts general manager Chris Ballard, head coach Frank Reich and youth football commissioner Mike Prior. What’s more, Anthem Blue Cross and Blue Shield will contribute an additional $1,000 to the school’s athletic fund.