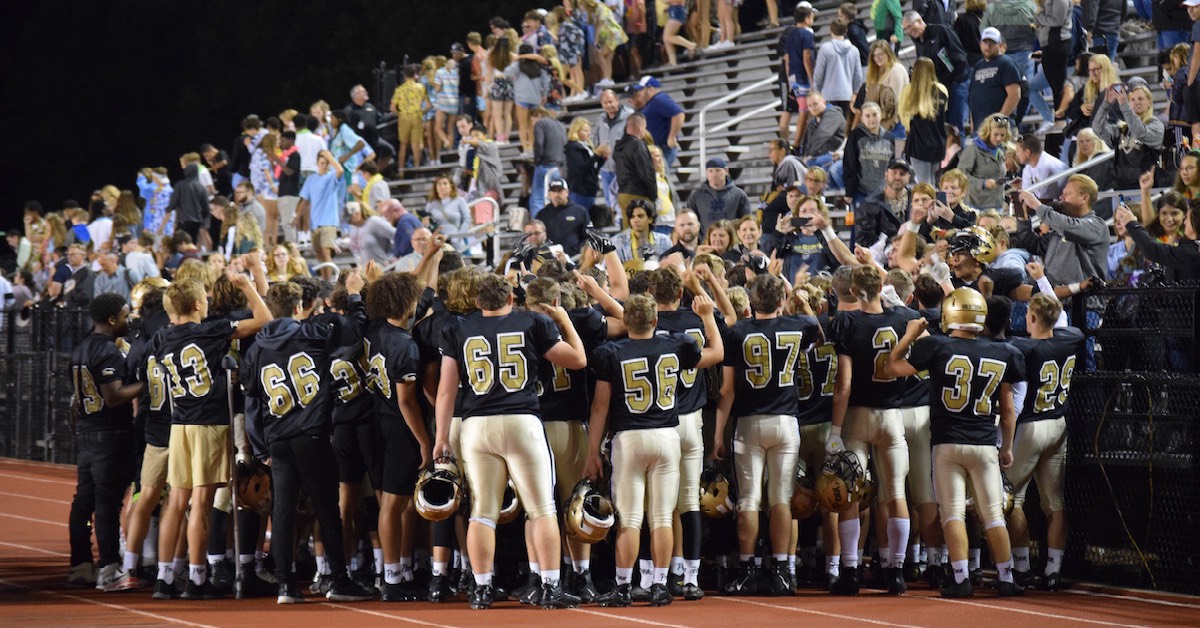 After tough losses for both Penn and La Porte last week, both teams took Freed Field looking for a win. The Penn stands were packed with both students and family giving Penn the definite home field advantage. La Porte head coach and former Penn football star Jeremy Lowery came in knowing what to expect against the Yeoman squad and knew his team had to be prepared.

The game started off neck and neck early in the first quarter, but after the sensational interception at the goal line for La Porte, Penn came back for an immediate touchdown after blocking a punt. In the second quarter, La Porte came out with a bang scoring a touchdown within the first two minutes, but were still down by one due to a missed field goal.

Going into the game Penn head coach Cory Yeoman has been training his team all week to get better after the loss against Valpo. But it’s all about one step at a time and working together.

“It’d be nice if you could flip one switch and it’d all be fixed but we learned a long time ago that it’s a process and a journey and you just gotta keep climbing,” said Yeoman. “Our goal is to be a good team and to do that you need to be a good teammate and do your part and get excited for each other.”

Coach Lowery was a star for Penn in the late 80’s and a part of one of the state runner-up teams. So for him, nothing would be better than to come back to beat his alma mater. But in order to do that, he had to get his team excited.

“It’s another opportunity to get better and we need all of those opportunities we can get right now,” said Lowery. “We’re gonna go out and play with a bunch of energy and excitement because this is an incredible place to play and you can feel the energy in the air.”

For Yeoman, it’s always about overcoming a challenge because challenges are what make a team better and bring the team together. This is what the young team is working for the most this season.

“We always face challenges, it’s not so much what happens to us but how we respond to it. Those are the lessons we preach every day,” said Yeoman. “It’s about being a part of something bigger than yourself.”

Lowery on the other hand, is in his first season at La Porte. The team has a whole new world of football to learn under their new coach, but first and foremost, it’s about enjoying the game.

“A whole new system and a whole new way of life, but we’re enjoying it. And that’s what we want to do tonight is to enjoy the process,” said Lowery. After the touchdown by La Porte, Penn fought back by scoring two more touchdowns before the half. After that, it was all Penn. The defense along with several penalties kept the La Porte offense to short possessions and one set of downs. La Porte rose up to take back some points in the last few minutes, but were still unable to score. Penn took home the win in the end with a final score of 33-6.