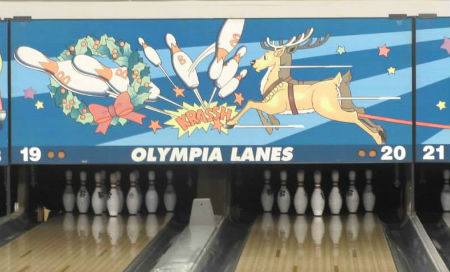 The 15th annual PBA50 South Shore Open will take to the lanes Aug. 4 through Aug. 7 at Olympia Lanes in Hammond.

According to Mike Kozy, Olympia Lanes general manager , approximately 120 bowlers are expected to participate in the tournament, with professional international bowlers as well as bowlers from throughout the United States coming to compete.

“With the PBA50 now, a lot of bowlers that are more recognizable have gotten older. The tour now is very competitive; there are some crossover bowlers who compete in PBA50 and the regular pro tour,” said Kozy. “Such bowlers that compete in both tours, and will compete here, are Pete Weber, Brian Boss, Norm Duke, Walter Ray Williams Jr. and Parker Bohn III.”

Beginning on Monday, August 4, participants will practice at Olympia Lanes from 9 a.m. until noon. Following the practice session, the public is invited to bowl with a professional during the Pro-Am. Adults may register to play for $25, and children may register for $10. Games begin at 1:00 p.m., 3:00 p.m. and 6:00 p.m.

The public is invited to watch as the tournament takes place. Admission to the event is free. Those who cannot watch the tournament at Olympia Lanes will be able to watch on Xtra Frame from the PBA’s website, www.PBA.com. In addition to the PBA website, more information can be found at www.olympialanes.com or by calling Olympia Lanes at 219-933-6677.