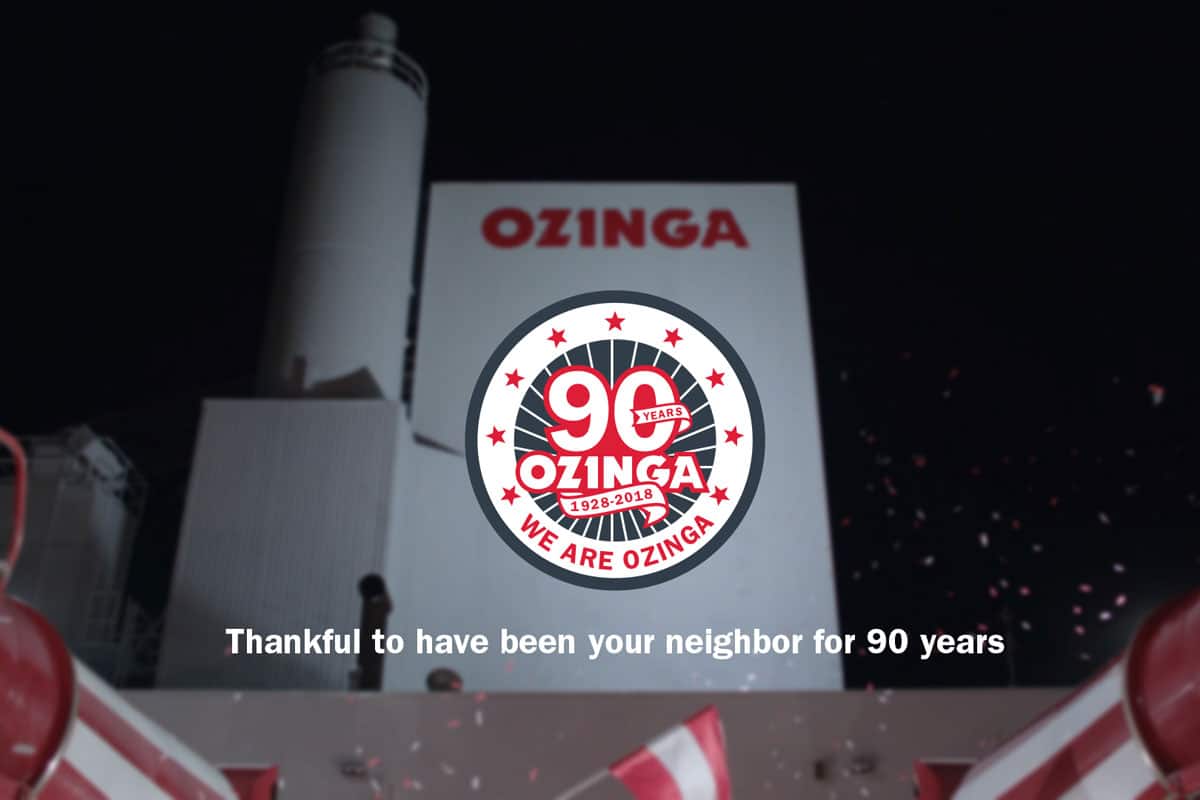 On March 2, 2018, Ozinga celebrates its 90th anniversary as a family owned and operated American business. Over the years, the company has grown from a single horse-and-buggy operation in Evergreen Park, IL into a strategic building partner leading the industry by providing concrete, aggregate materials, and energy solutions in multiple states through a fleet of barges, boats, rail, and the iconic red and white striped concrete mixers.

Ozinga was established in 1928 as a small coal and coke yard by Martin Ozinga Sr. who worked tirelessly to create a sustainable business that survived the Great Depression. Martin Sr. transitioned the company to his sons who helped expand the business after their return from service in World War II. With coal and fuel oil on the decline, Ozinga began producing ready mix concrete in the 1950s, which rapidly became the company’s predominant product. During the third generation’s ownership, the company expanded into the downtown Chicago market, supplying concrete for the new Comiskey Park (now Guaranteed Rate Field), the Dan Ryan Expressway, and Soldier Field, among many other notable Chicago projects.

When the fourth-generation took the reins in 2012, they continued the company’s commitment to innovation by continuously expanding their product and service offerings to stay ahead of the ever growing needs of building industry. Technology, logistics and green initiatives were at the forefront.

Ozinga is now a building materials partner helping customers and the local community grow through concrete, aggregate materials, and energy solutions. They also offer transportation and logistics services through an extensive network of truck, rail, barge and ship terminals.

Ozinga is proud of their American story and is excited to see it continue. The iconic red and white striped concrete mixers are a nod to the stripes on the American flag. The company also plans to remain an American-owned company, even in an industry where foreign-owned conglomerates are on the rise. Today, Ozinga is owned and operated by six brothers and first cousin who all serve as the company’s executives. Ozinga is also already making plans for the fifth-generation Ozinga family to one day take ownership and use the company’s values of service, learning, and entrepreneurship to continually develop its skills, deepen its knowledge and accomplish success with integrity.

“We as the fourth generation of ownership feel so privileged to steward this amazing company alongside our dedicated coworkers,” said President Marty Ozinga IV. “We are deeply grateful for our heritage and all of those who have entrusted us with the opportunity to serve them. We are as excited as we ever have been as we look forward to many more years to come.”

Through the growth over the past nine decades, Ozinga hasn’t lost sight of its humbled beginnings. The company is thankful for the opportunity to serve their customers, build their communities, and play a part in others’ American story.