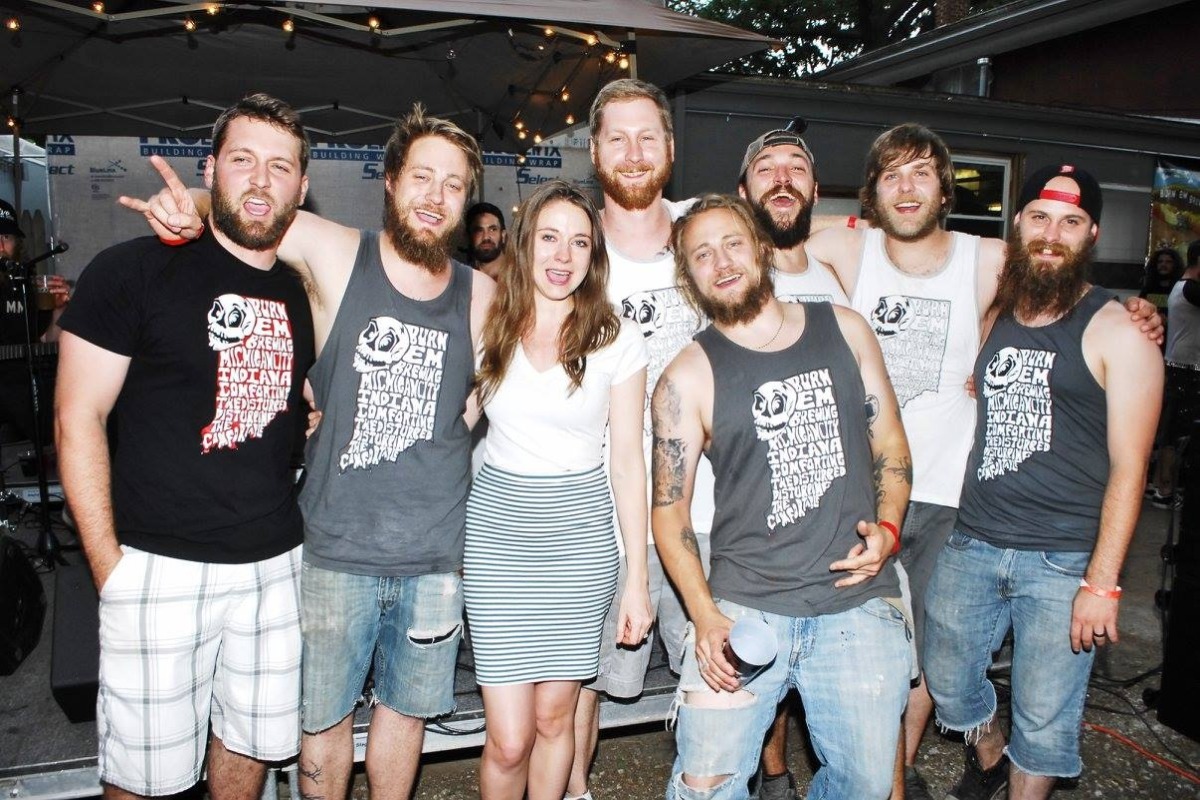 Lovers of good food and craft beer will soon have another option to choose from when visiting La Porte, thanks to the owners of Burn ‘Em Brewing who will soon be expanding their unique, eclectic style of brewing to La Porte.

The new venue, BARE BONES gastropub, will be located at 518 Lincolnway in downtown La Porte, and will take advantage of a special program made possible by the city of La Porte and the city’s Urban Enterprise Association.

This was all made possible through the efforts of the City of La Porte and the city’s Urban Enterprise Association, which purchased the two-story building last year. They just recently completed renovations to the structure before offering it up to individuals looking to open and operate a business in the downtown area.

“When the opportunity here came up, we couldn’t pass it up,” said Blake Murray, co-owner of Burn ‘Em Brewing and Executive Chef at BARE BONES. “The UEA were accepting business plans, looking for businesses what would bring more traffic into town. We offered our business plan, and they jumped on it.”

The UEA offered the building on a five-year lease, after which time BARE BONES owners can purchase the building for the very reasonable sum of just one dollar.

“We closed on the building in May and we were able to start working on it after the summer,” said Murray

Scheduled for a late-winter opening, the name “BARE BONES” was actually a bit of a play on words for the original plans for the eatery.

“We’re trying to keep it sort of minimal to start,” said Murray. “We’re planning on starting small and growing from there, so BARE BONES seemed to fit.”

A “gastropub,” in case you were wondering (as we were) is described as a bar and restaurant that serves high-end beer and food. BARE BONES aims to be exactly that, with plans to offer not just their signature brand of ever-changing specialty craft brews, on top of a diverse collection of delicious meals to satisfy curious foodies visiting the restaurant.

Food is described as a “fast casual” style, with a eclectic, seasonally-changing menu. Some featured dishes may include a Queso De Cabra Con Tomate, featuring Goat Cheese served in piping hot red sauce topped with fresh basil and garlic crostini, Beet Poke, described as a Vegan version of a Hawaiian Classic. Roasted red and golden beets on rice with arugula, Zuppa Toscana cream soup with Italian sausage, russet potatoes, and kale, and a classic Reuben corned beef sandwich, with 1000 island dressing, sauerkraut, and swiss Cheese on marbled rye bread. Vegan options will also be on the menu, and carryout will also be available.

Burn ‘Em Brewing is a well-known success story for the area, starting with just an idea among friends.

“There were seven of us,” Murray said. “We started with just some home brewing, then it got more serious. We were coming up with recipes, etc. About that time, there was the craft beer boom. My brother and I started working up at Greenbush Brewing. When they upgraded their system, we got a lot of their original equipment, and that’s when we started Burn ‘Em.”

“We’ll offer an extensive wine list, in addition to the 14 or so beers we’ll have on tap,” said Murray. “About half of those will be our in-house brews, and the rest will feature brews from other local breweries.”

They are planning on also hosting “tap takeovers,” focusing more heavily on other regional brews. “There’s a wide selection of beers that you might see down in India, but you never see up here,” said Murray. “We’re going to try to bring some of them up here.”

The location will feature a restaurant in the front, with bar area in the back. There are also plans to feature live music, seasonal themes, and other events. The restaurant also plans to source ingredients from local farmers.

Mayor Mark Krentz chimed in on the excitement of the addition.

“La Porte is very excited to see Bare Bones open its doors in Downtown La Porte. I have no doubt this will be an exciting addition to our community and look forward to continued growth in the center of our City,” said Mayor Mark Krentz.